Zaha Hadid Architects have received the go-ahead for their Vauxhall Cross Island towers, a duo of skyscrapers sited adjacent to Vauxhall Station. The scheme, which was publicly announced nearly a year ago (19 January 2018), would be the first project undertaken by the office in the UK for a private client. 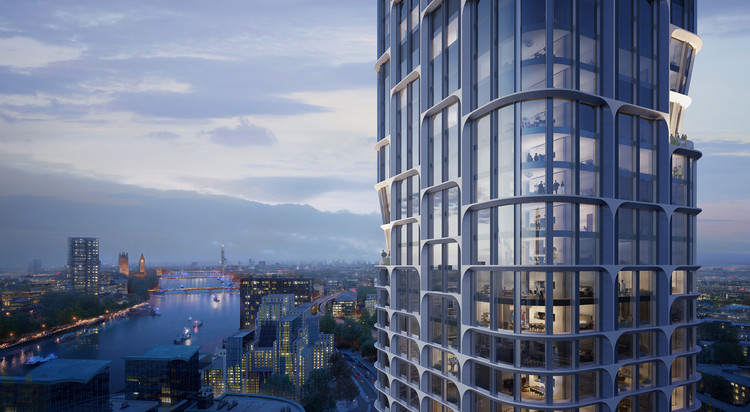 The mixed-use towers, which will rise 53 and 42 storeys along the banks of the River Thames, will combine a variety of programmatic uses including a hotel, offices, retail, and residential spaces. The architects have suggested that a street-level podium will allow the buildings to become a public amenity and gathering point. The scheme was praised by the Lambeth Council as having “...very high design quality that responds appropriately to its context."

That said, the project has not been without controversy. The project will use land currently occupied by an Arup-designed bus station; critics have said that ZHA’s development will make an already busy interchange even more congested. ZHA director Jim Heverin responded to these claims, stating to the Architects’ Journal in January: “When we came onto this scheme, it was right that we looked at the heights,” he said. “We evolved the scheme to create a new public square. Our scheme takes less land on the ground but is higher. There is a lot more density coming into this area. Our project fits within a master plan that has been looked at by Transport for London.”

Local activist groups have also campaigned against the project, suggesting that the project’s height, a soaring 185 meters, will contribute to the ‘canyon-ization’ of the Thames bankside. And while the local planning office has noted that while the proposed height of the towers - 185 meters - goes over the set limit of 150 meters, they support the project due to the developer's commitment to providing affordable housing and public space. The amount of sun blocked by the towers has also been deemed by the council as acceptable.

Further plans for the building are to be announced in the new year.

Zaha Hadid Architects has unveiled the design of a new mixed-use development to be located on the Vauxhall Cross Island site adjacent to Vauxhall Station in London. Aiming toward becoming a new public square for the neighborhood, the complex will consist of two towers connected by a street level podium, offering a variety of programmatic uses including a hotel, offices, residences, retail and public amenities. 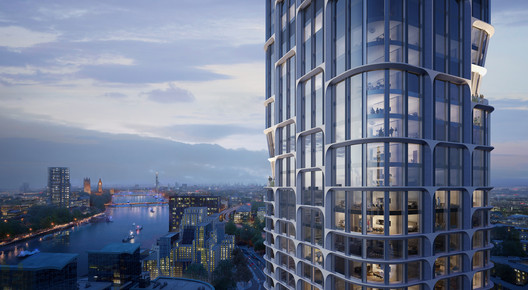