Zaha Hadid Architects has unveiled the design of a new mixed-use development to be located on the Vauxhall Cross Island site adjacent to Vauxhall Station in London. Aiming toward becoming a new public square for the neighborhood, the complex will consist of two towers connected by a street level podium, offering a variety of programmatic uses including a hotel, offices, residences, retail and public amenities. 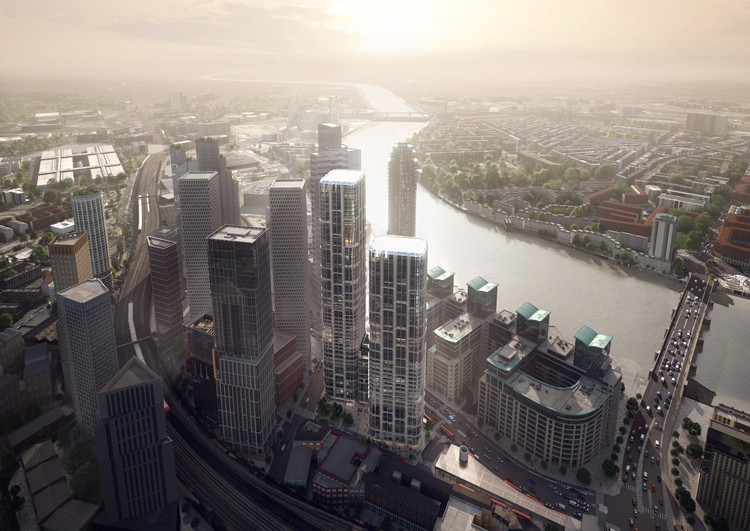 Located on a site bounded by Parry Street (to the south), Bondway (to the east) and Wandsworth Road / Albert Embankment (to the west and north), the complex is located within an plot identified by the London Plan as a gateway to existing transportation links and a node with the potential to accommodate high-density development. Vauxhall itself has also been the site of a number of recent important and upcoming projects, including the Stirling Prize-winning Newport Street Gallery and the nearby future Nine Elms Bridge.

“The design responds to Lambeth Council’s aspirations for a district centre for Vauxhall by creating a vibrant new public square adjacent to the busy rail, underground and bus interchange. The proposal also accommodates TfL’s existing plans to upgrade the traffic gyratory and bus station to provide greater accessibility and safety for all,” explain Zaha Hadid Architects.

“This project will generate approximately 2,000 new jobs in the borough within a mixed-use design that includes a new public square, homes, offices, shops and a hotel - providing vital civic space, amenities and employment for the growing Vauxhall community.”

The Vauxhall Cross Island project will tap into this potential through four key design principles, as explained by the architects:

1. Respond to Lambeth Council’s aspirations for a new district centre as set out in the Vauxhall Supplementary Planning Document (SPD) adopted in 2013. Principally through:

2.  Contribute to employment and jobs in the borough

The new proposal prioritise increased office and commercial space alongside a new Hilton Hotel that will be a major tenant for Vauxhall and will make a significant contribution to providing employment opportunities in the borough. The proposed scheme is estimated to create approximately 2,000 jobs across the hospitality, retail, building management and office-based sectors.

TfL have separate plans to build a gyratory and bus station scheme next to Vauxhall Station. Whilst the schemes are independent of each other, the delivery of TfL’s proposed gyratory and bus station scheme requires land owned by VCI Property Holding to be implemented. The previously consented scheme for the site would have prevented the proposed gyratory changes.

4. Respond to the emerging Vauxhall cluster

Reviewing the design of the buildings enables a scheme that will sit better within the context of the emerging Vauxhall cluster. The design works with the height of the other proposed developments in the area.

The architecture itself has been designed in response to these principles, creating a new public square along the highly trafficked route between Vauxhall Station and the TfL’s new bus stations on Bonday. This constant flow of people will allow the square to host a full program of community events, such as markets and performances.

While the scheme has been met with some backlash from individuals who believe the proposal is too large for the site, the developers and architects are continuing to work with the community to massage the scheme for optimal use. 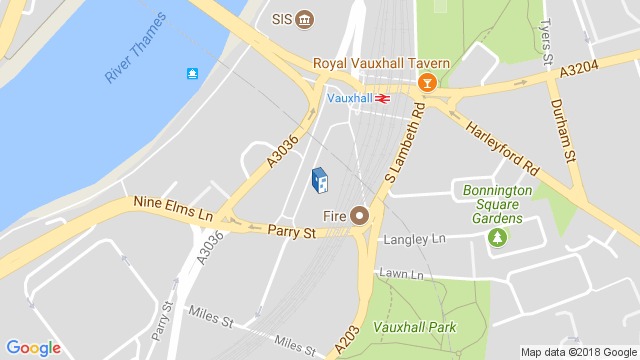 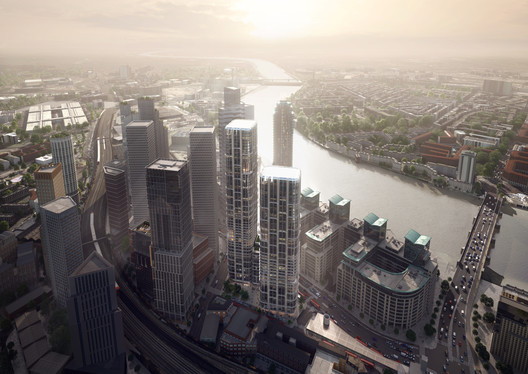