Save
Into the Forest / Openfabric 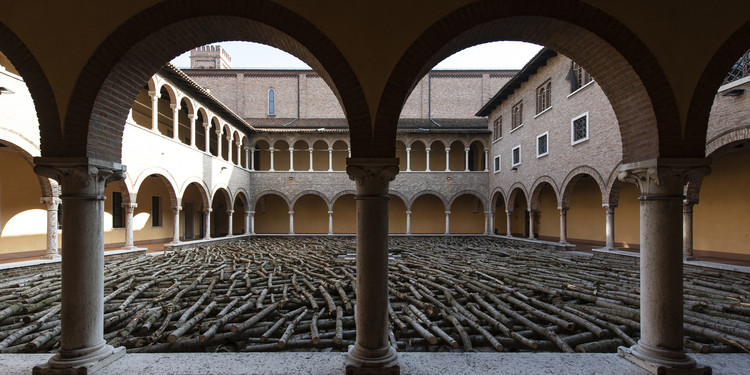 Text description provided by the architects. Openfabric has been selected to design the public spaces of Mantova city center in occasion of the first World Forum on Urban Forest (WFUF 2018) by FAO. The aim of the design is to engage with the two different levels of the forum: the academic one and the broad public. The project wants to critically represent a number of forest typologies rising both awareness on the importance of nature in urban environments and on the dramatic effects of climate change.

Through the tools of ambiguity, juxtaposition, aesthetics and discomfort, Into the Forest aims to challenge the perception of nature and aspires to be adopted by cities, globally.

Native Forest
The "Native Forest" recalls a fragment of the ancient forest formations widely covering the Po Valley (Pianura Padana) before the massive transformation to agriculture and urbanization. In-fact large part of Northern Italy was very likely covered by lowlands forests dominated by Quercus spp. and Carpinus betulus. The forests currently survive only in few, small patches, protected as nature reserves. Here, as in any other type of forest, dead and decaying wood (snag) is key to support a rich community of decomposers (saproxylic organisms) like bacteria and fungi, insects, and other invertebrates.

Mediterranean Forest
The Mediterranean sclerophyllous evergreen oak forest shapes the character of Mediterranean landscapes with a wide variety of formations and structures, according to climate, soil, and anthropogenic conditions. The dominant tree species are Quercus ilex, Quercus rotundifolia, Quercus suber, Laurus nobilis and Arbutus unedo, the latter two having rather often a shrub growth form. The evergreen oak woodlands have been a strategic resource along the history of human societies in the region, providing direct and indirect goods and benefits to local communities, as fuelwood, cork, food and fodder, timber, shelter.

The Fallen Forest
“Fallen Forest” is a memorial for the millions of trees victims of the cyclone that hit the North-Eastern regions of Italy on November 2nd, 2018. The installation confronts the phenomena of climate tropicalisation and its catastrophic effects on the environment, by recreating a portion of post-apocalyptic landscape (using leftovers trunks of paper production-chain). Climate change is real, action is urgent. 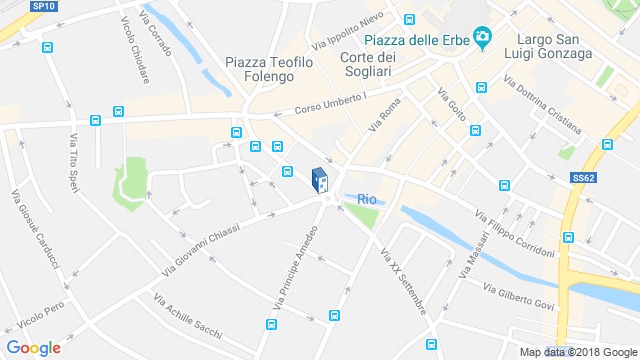 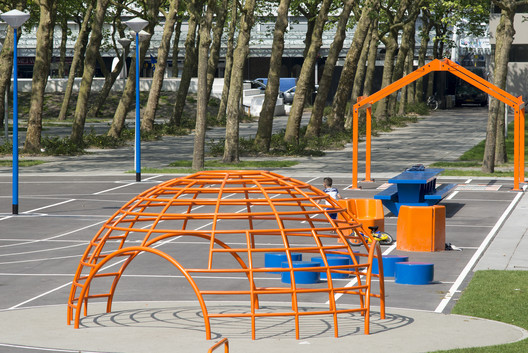 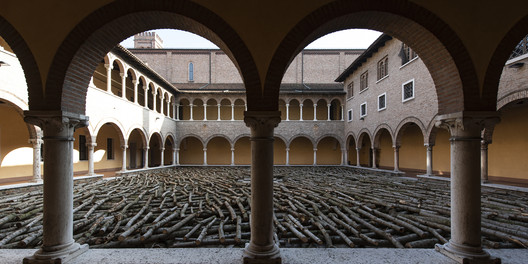