As reported by The Washington Post, the project will take 12 months, and is expected to be completed by the end of 2019. The bridge will no longer carry the name “Morandi,” the architect who constructed the ill-fated reinforced concrete structure.

Under Piano’s vision, which he submitted for free, the scheme will incorporate weight-bearing columns reminiscent of a ship’s bow. In honor of the victims, 43 lamps will cast a light across the bridge, shaped like ship sails. The design team was instructed not to use stay cables in the bridge’s design, in order to avert memories of the metal cables that snapped during the previous collapse.

For the scheme’s construction, Piano will work in collaboration with construction firm Salini Impregilo, the infrastructure wing of shipbuilder Fincantieri, and the Italferr state railway subsidiary.

Over four months on from the bridge’s collapse, a definitive cause for the incident has not been officially stated. In the aftermath of the collapse, attention turned to the bridge’s maintenance record, concerns of its integrity stretching back decades, and how the collapse sits within the broader context of aging Italian infrastructure.

The Deadly Genoa Bridge Collapse was Predicted, and Avoidable

39 people are now reported to have died following the collapse of the Morandi motorway bridge in Genoa, Italy. The incident happened on Tuesday 14th August, when one of the bridge's structural components, comprising of pre-stressed concrete stays and trestles, collapsed onto a railway line and warehouse 150 feet (45 meters) below. 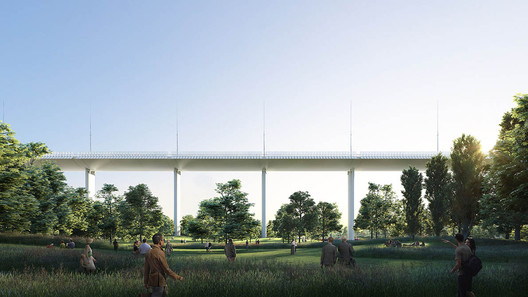