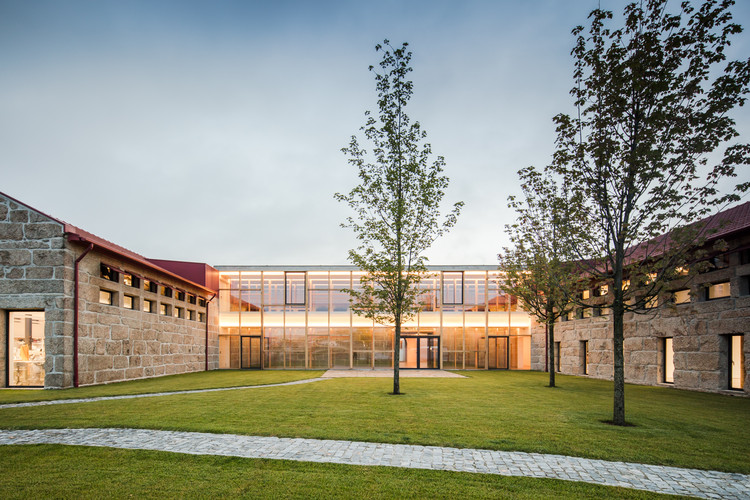 Text description provided by the architects. The stone constructions of Quinta de Vilar, then denominated, go back to the middle 40's and the beginning of the 50's. At that time the owner's house was built, followed by the adjacent buildings destined for farming: the cellar building for the production of wine, and buildings for petting, drying and storage of cereals and fruit.

Since the origin of its construction, dating from the second half of the 1940s, the building has undergone some changes in terms of interior subdivision, elevations, exterior spaces and annexes. Despite all these alterations, motivated by its different users and carried out in a somewhat anarchic and disjointed way, seventy years after its original construction, the house and other constructions continue to contrast sharply in its surroundings by its clean and austere design and its rural image embedded in an industrial context.

The project is made up of four buildings. They were built to serve housing and agricultural activity, and now it is proposed to occupy with the headquarters of a textile group.

The housing building it's the reception of the headquarters; besides the lobby and the service desk, it also has the stairs and elevator to access the upper floor.

On the upper floor, to West, is located the administrative building - the old cellar. This floor is organized with the entire administrative and financial area. It is divided into several work and meeting rooms that formalize the internal organizational needs of the company. It also has sanitary facilities, archiving areas and technical area. The lower floor of this building is divided in two distinct areas: one that develops in "open space" as a working area for staff; and the other that presents itself as a multipurpose space for the various situations of training, reception or presentation of products. At this level you can also access to the exterior from the North and South facade.

From the reception to East is the commercial building – the ancient petting building. This floor is organized in three "open space" working areas aimed at the commercial and designer team. There are also two volumes corresponding to the toilets and two boxes of stairs that connect to the lower floor. The lower floor is also divided into three working areas aimed at product development, three meeting rooms for suppliers services and three meeting rooms for clients, a block of toilets with storage, a technical room and a storage room. It has direct access to the exterior to West, to the reception patio that it is used as in/out access of employees and suppliers, and to East, to the garden patio.

To the south of the reception is the old granary building, transformed into a resting area for the collaborators. Divided in two floors, the lower floor is related to the outer patio, and the upper floor is destined to the cup space where employees can enjoy their meal, with the necessary distance from their work station. 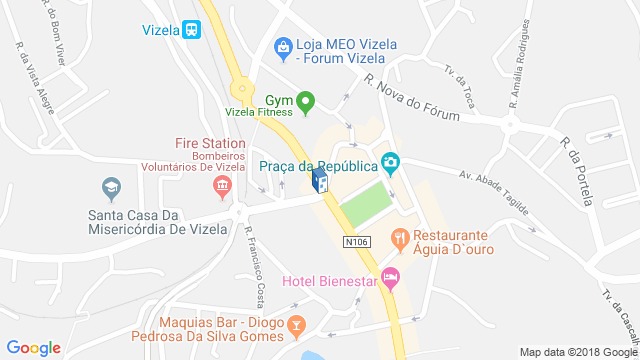 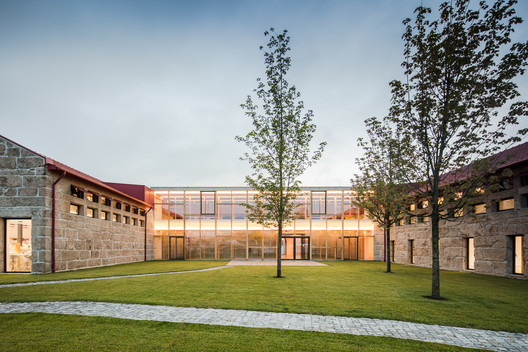