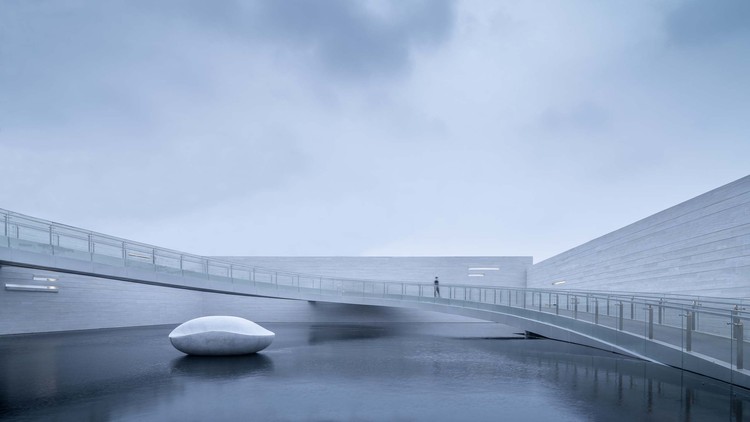 Text description provided by the architects. The project is located on the west bank of Xianghu Lake, Nanchang City. The large-scale block form of the new town is markedly different from the “natural” structure of the old town.Fuhe River that flows south from the “Tengwangge Delta” tries to preserve the landscape characteristics of this city, and turns the bridge into a major element in the urban design.The project intends to obtain evidence from the morphological memory of this contemporary city, and remains in the frontier of the cultural landscape.

The Wanshou Palace and Wanshou Tower are located on the south and north bank of Xianghu Lake respectively, and thereby acquire a vastness in terms of  perception. The original idea of the project was to elevate the terrain, preserve the urban green space, and erect up a new building to fill the gap in the landmark nodes resulted from the along-the-lake planning.

Relying on the typology concept, the ring bridge with a sense of sculpture is embedded into the design concept, which serves both as a connector for the main building and as a response to the undercrossing tunnel in the adjacent Jiuzhou Street.

The rectangular gallery is grafted onto the two courtyards in terms of its volume, and the reception hall, exhibition hall, and lounge are horizontally arranged.The lower courtyard opens to the north, and guides the spectators toward the entrance through the arc-shaped wall formed by the enclosed ring bridge.The office area is vertically arranged in the two courtyards, which are open to the external courtyard on the south side. Using it as a space frame, the opposite side of the ring bridge expands naturally to form the leading area of the foyer.The space accumulation on different scales, the replication of shapes on the plane and in the altitude bring a dynamic, yet restrained and unique perception for the two buildings.

The structural design of this project is not only to solve and realize the bearing function, but to reveal the formal logic behind it. The final one-sided suspending box girder that we finally adopt solves the critical problem in the design: how flexible and autonomous parts are integrated to form a whole that generates cohesion.

Wander through the urban green space and get to the commemorative entrance to the courtyard. On the left is the glass foyer, through which, one can enter straightly into the resting area under the 21M structure span, or step onto the ring bridge on the right.The starting points of two streamlines are also the ending points. The focus is the use of the empty space as a critical concept of design, creating a public space for small buildings.

What we want to create is such a quiet and powerful public space. The tangible ring structure creates an invisible multi-dimensional streamline, and the sculptured ring structure presents an impression of progressive landscapes.

The wall plays a very important role in the building, and the bearing courtyard wall highlights all the more the horizontal arrangement structure for the final form of the building. 19,000 25-degree gray floor slabs are hung on the volume that has an affinity with the ground to create the simplest details. 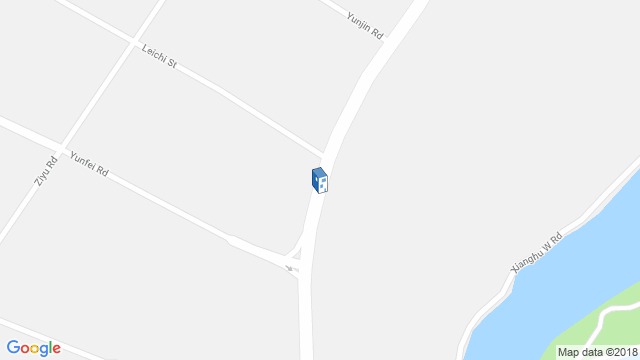 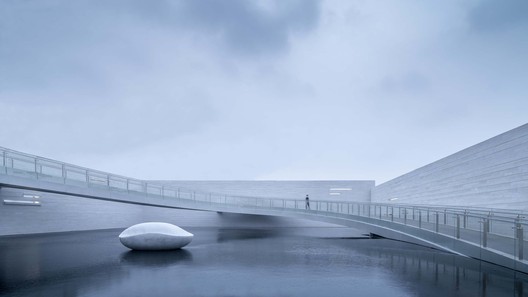