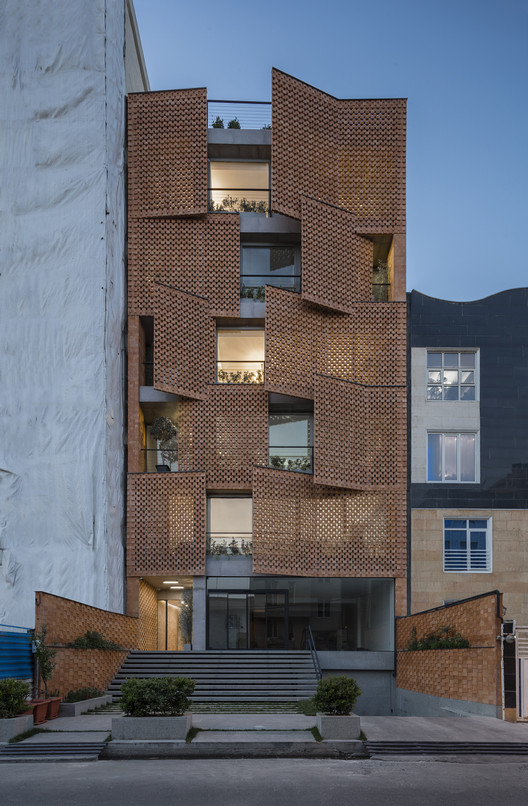 Text description provided by the architects. A built structure of a seven-store apartment which two floors of them are under the ground was given to us to be designed. In that phase, we had to design the plans and also a façade which could create a strong connection between the interior and exterior spaces. Having interior spaces with an open view in spite of reaching an adequate privacy was required by our client. Thus, this issue played a crucial role in the designing process of the façade.

Expanded border, Reproduction of space
In these types of projects, the definition of borders, not only shape the exterior look of the building but also define the relationship between the interior and exterior spaces. In the recent century, some megacities have expanded in a wrong way that has limited the buildings urban boundaries, which have eliminated the integration of interior and exterior spaces. Also in most of the apartment blocks the connection of the indoor and outdoor areas is limited to small openings on solid skins of the buildings, which has changed the border of the building from a soft space to a simple division, that its main duty is to let the light to comes in the space and protect the inside area from the outside.

In this project by turning brick skins towards the nearby crossing, a soft space took place between the glass and the brick skins that can be called the expanded border. The created space between the skins which is reachable from the inside leads the inhabitants to a sufficient view and also tries to catch the exterior atmosphere and add it to the interior space.

Rotation of brick surfaces opens a view to the empty urban space that is made via nearby crossing and because of the long distance between the building and the apartment blocks near the crossing, besides experiencing an open view, the privacy of the interior spaces is preserved. As mentioned, the dividing border between inside and outside is defined by the space. The idea of changing the border from a solid definite wall to a soft and fluid space is a crucial issue in this project.

In winter the porous brick skin let the light to come in the interior space with a great effect of light and shadow, not only too bright the space but also to warmer the area. On the other hand, in order to save the energy in the summer, the thickness of the brick wall prevents the sunbeam to come in and just let the light to brighten the interior space.
All in all, this could be such a practical idea for similar urban blocks in the city.

Note: This project was originally published on December 20, 2018 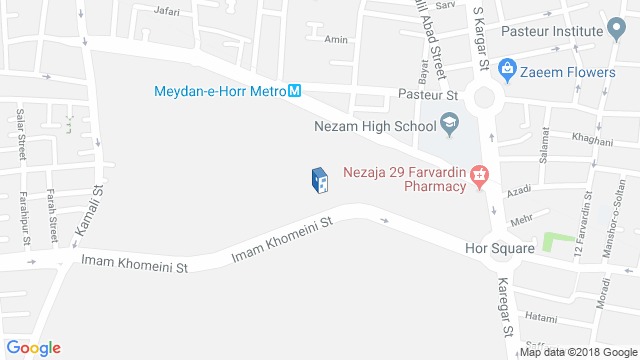