Save
How to Judge a Building: Does it Make you Feel More, Or Less Alive?
Share
Or
Copy

This extract was originally published on Common Edge as "The Legacy of Christopher Alexander: Criteria for an Intelligent Architecture."

In his monumental four-volume book, The Nature of Order, Christopher Alexander talks about an intelligent architecture, responsive to human needs and sensibilities through adaptation to existing buildings and nature. This is a new way of viewing the world—a way of connecting to it, and to ourselves—yet it is very much the same as the most ancient ways of connecting.

“Does this building make me feel more alive, or less alive?”

Note the specific nature of the question. It does not ask: “Do you like this building?” or “Does this building make you feel excited?” since those answers lead to ambiguous conclusions. Likes and dislikes are due to individual preferences overlaid with educational conditioning (exploited by the media and those with an agenda). Exposure to propaganda influences our decision.

Similarly, emotional excitement could be due to either pleasure or alarm, and again, it’s often difficult to distinguish between these two physiologically opposite responses. The above question instead digs deep into the subconscious networks that constitute human intelligence, and identifies a building with our own living structure. Intelligent architecture uses our evolved neural circuits to connect us to our environment.

A second question examines the coherence of a building. This is a very easy method for judging the coherence of highly complex visual structures. Pick any identifiable sub-unit of the building, some obvious component (such as a wall, column, doorway, window, cornice, etc.), and ask yourself:

“Does the overall life of the building diminish if I could move this piece or change it in any way; or even remove it altogether?”

In a good building the answer would be yes for each piece, regardless of size. Every piece belongs exactly in its place, and its shape and materials reinforce the overall coherence of the whole. This is system-based coherence, which contributes to unity and adaptivity and is not to be confused with a compositional or formal model.

In a lesser building, pieces are seen as irrelevant and hardly belonging to the whole. They have become decoration (i.e. structure that has no meaning or purpose and is added solely for fashion). Removing them or drastically changing them does not alter the overall coherence since that is nonexistent. Why, then, are those components included?

Style is not an honest justification; it is so superficial and trivial a reason as to be meaningless. If you as the user can envision a portion of a building improved—making it more adaptive in its use and in its direct positive physiological impact on you—then the architect has not done his/her job of seeking coherence but has instead imposed arbitrary forms or a formal compositional bias.

The brain, being capable of highly-sophisticated computations, instantly evaluates the geometrical coherence of any structure. Neurologically-derived sensations are linked to a physiological state, to degrees of alarm or calm. To profit from this physiological mechanism we need to cast off the industrial-modernist paradigm and the myopic/idiosyncratic vision of others.

Consider the basic building blocks of how humans interface with the material world (and by extension, the built environment). We find genetic algorithms, Darwinian processes, emergence, capillarity, fractal structure, membrane interfaces, information compression, small-world networks, inverse power-law scaling, etc. playing a central role in how the built environment functions. We now offer these concepts in an architectural language that practitioners might use to improve their work.

Knowledge from biology, robotics, and artificial intelligence applied to architectural design extends human experience. At the top of the evolutionary ladder lies the brain’s complex neuronal system that makes intelligence possible. In addition to storing knowledge in our brains’ neural circuits, human beings also habitually use their built environment as an extension of biological memory. Books, artifacts, song, ornament, and socio-geometric patterns represent the “collective memory” of a particular culture. Represented memory encoded in traditional buildings, in turn, has been guiding architecture for millennia. This powerful repository of what we know about our responses to environmental structure can be as trivial as a particular ornament, a color, a space of certain proportions, or the texture of a wall.

Socio-geometrical patterns embedded in traditional architecture and urbanism complement the inherited knowledge encoded in texts and oral literary traditions throughout the world. These externalizations of brain functions encode information derived from experience over the entire course of human evolution. Collective memory thus provides the foundation of culture and civilization. It is only recently that the patterns observed in traditional cultures, coming from innate human preferences, were found to have a genetic basis (sparking the emergence of the new method of Biophilic design).

Built knowledge (represented in the built environment) is both complex and irreducible, making it very difficult to simplify and transfer into written text. Alexander attempted to do that in his Pattern Language. Largely maligned by the architectural establishment, his classification has nevertheless gained support and high regard from the computer science community, and his visionary results are now used to organize software complexity.

When we begin to see the traditional built environment as an extension (an external repository) of human memory, we realize just how intricately biology is linked with architecture. This explains why humanist architects are sensitive to feedback from their design and respect traditions from which they can benefit.

The clearest, most useful statements of architectural theory have always drawn upon epistemology, being concerned with language and logic (although much of contemporary theory wanders off into meaningless directions). Even so, the enterprise of epistemology is generally detached from human emotion and physiological processes. Sensations and visceral states are essential to knowledge, however, and pattern recognition helps to generate our identity. Truth and reality both have biological and social origins. A state of mental understanding is inseparable from the neurobiology of emotions and complex bodily responses. Brain-based reality is thus emotional; a marked difference from its impersonal philosophically-based counterpart.

This essay is extracted from the longer article “The Science of Intelligent Architecture,” published in Teka Komisji Urbanistyki i Architektury, Krakow, Poland, Issue 45 (2017), pages 95-105, and which includes material from an earlier article “Restructuring 21st-Century Architecture Through Human Intelligence,”published in ArchNet-IJAR: International Journal of Architectural Research, Volume 1, Issue 1 (March 2007), pages 36-52. 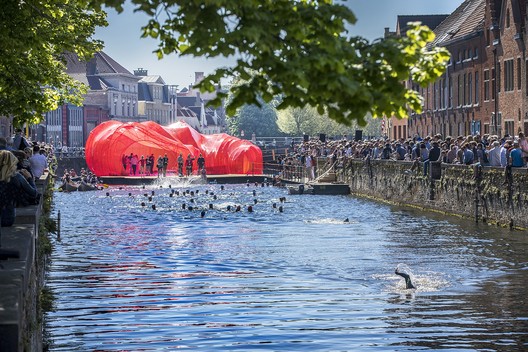