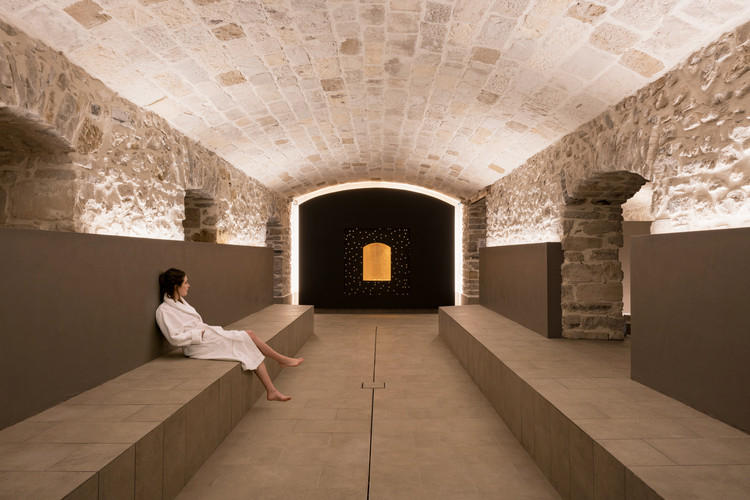 Text description provided by the architects. Closed since 2012, this four-star hotel, an emblematic monument of Dax (Landes, France), embarks on a new life, more open towards the city and its population. The landscaping was created in association with EXIT and makes a tremendous contribution, orienting the building towards Dax, fluidifying its approaches and capitalising on L’Adour and Thiers Square. The entranceways of the various entities of the project were simplified in order to accentuate this new programmatic view.

Art deco style envelopes Le Splendid. It was crucial to revive the pomp and splendour of the 1930s down to the smallest detail. Kapzul focused on the restoration of the hotel proper. The great hall and its lantern, the convivial spaces of the ground floor and the light fixtures of the building, listed among the historic monuments inventory in 1991 were all renovated with care. In association with Nathalie Saccu de Franchi, Sandrine Forais worked on colours, materials, and furniture to magnify the hotel’s 149 rooms.

The transformation continued with the evolution of the program: the historical thermal treatments were abandoned in favour of a Spa – placed on the ground and basement floors – which BAL architects were responsible for entirely reorganising. Touching the ruins of the previous hotel, which was itself perched on the foundations of a medieval castle, the heterogeneous elements of stone and concrete, particularly the vaults, were reworked and enhanced. In order to facilitate the access, two discreet extensions to the façades in pleated concrete are included in the western courtyard and echo the details of the plaster in the lobby.

Circulation within the Spa was handled with the utmost care. A symmetrical composition places the activities (hammam, sauna, solarium, 15 m2 flotarium, etc.) laterally so as to confer a sense of nobility to the pathway. The perspectives were fashioned in such a way as to emphasise their ends, the overflowing of the great pool or the ice fountain. No corridor, no doors, but a series of situations worked out down to the finest of details by the BAL agency. The lockers in the locker rooms, the chevron doors to the cupboards, the floor folded up to form warm benches or the constellation lighting in the hammam were all meticulously designed. The hues are repeated and complementary, greens for the pools and the fresco of the large pool; terracotta for the fountains; and ochre variations for the stones and flooring.

Thirteen conference rooms located on the mezzanine reinforce the opening of the program towards an active, contemporary, and possibly local clientele. After two years under construction, this finely wrought metamorphosis resulted in the reopening of Le Splendid to the public on the 31st of March 2018. 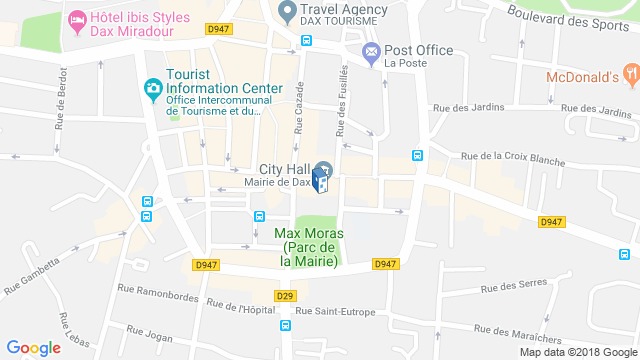