As 2018 draws to a close, accommodation website Airbnb has dived into their data to reveal the most creative cities and countries from the year. Based on the percentage of hosts who are in the creative industries, the list builds on a previous survey by Airbnb which found that one in 10 Airbnb hosts and one in three Experience hosts identify as members of the creative community.

Read on below for the list of top creative countries and cities according to the new Airbnb study. For architects already planning a New Year’s getaway, check out an article we published of ten projects previously featured by ArchDaily, now available for booking through Airbnb.

If you haven’t signed up for Airbnb you can get a $37 travel credit by using ArchDaily’s referral code.

From a list of 191 countries, China has emerged as being the most creative, with one in five hosts identifying with the creative industry. Airbnb attributes this to the growth of the Chinese middle class, which is resulting in a “new class of designers and craftspeople turning to Airbnb to express and share their creative pursuits and talents.”

One in three Airbnb hosts in LA are members of the creative community, two-thirds of which say sharing their home makes ends meet. The city generated many major architectural stories throughout the year, from Frank Gehry’s Grand Avenue Towers beginning construction, to the city’s plans to repurpose its general hospital as affordable housing.

The home of the skyscraper, Chicago tops Airbnb’s list as the city for creative experiences. Playing host to the works of famous architects past and present, from Frank Lloyd Wright and Mies Van der Rohe to SOM and Fosters + Partners, the Windy City is abundant with local artists sharing creative obsessions. Upcoming architectural events include the 2019 Chicago Architecture Biennial, opening in September 2019. 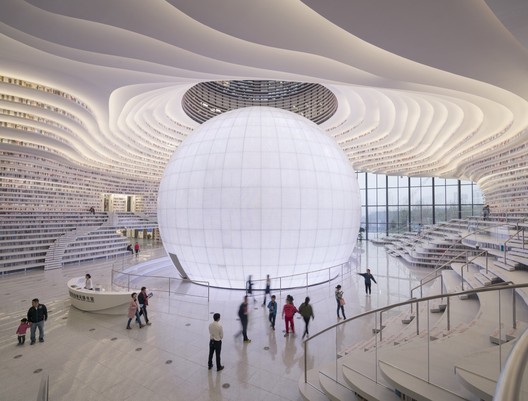