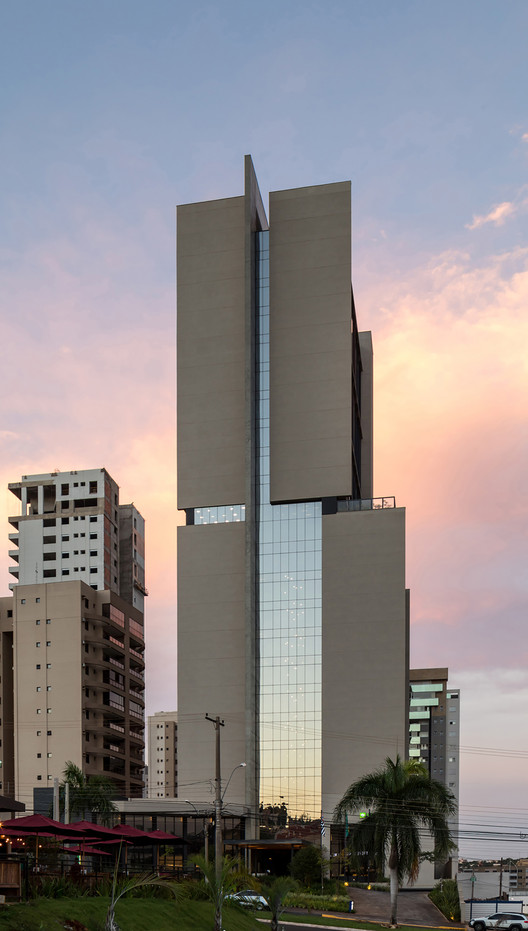 Text description provided by the architects. Ribeirão Preto is a country city of the state of São Paulo of great importance in the areas of economy, tourism, education, research and, mainly, in the business area. The city hosts major events such as the National Book Fair of Ribeirão Preto, the Agrishow and the João Rock festival, which attract both national and international audiences.

This great flow of tourism and enterprises led to the creation of a hotel that was both a haven for rest and a safe place for negotiations. The major challenge of this project was to integrate the hotel complex program into 315 rooms, convention and leisure rooms in an optimized, efficient and elegant way.

The volumetry of the building is focused on the best use of the land. Therefore, the format was scaled to increase the number of floors and, at the same time, create a differentiated environment in the middle part of the building with a large external area.

On this floor is organized the common leisure area, with SPA, gym, and bar integrated with the pool, besides as having views of the city skyline and the green area located on the side of the building.

A front structure was used to create a gable in the architecture. Thus, in addition to the main pillars of the building, this element influences in its aesthetics.

From the outside, it is possible to see some interior floors of the hotel through a central span - covered by a large glass skin - that divides the block from the building to the 11th floor. In it, an extensive pendant was placed that composes the lighting of the lobby, the ground floor and the corridors of the rooms, creating a fascinating effect at dusk.

In the lateral elevation, vertical lines were worked in a random way, providing movement to the facade. This is surrounded by a glass skin that joins 3-story windows, giving the impression of a single element. 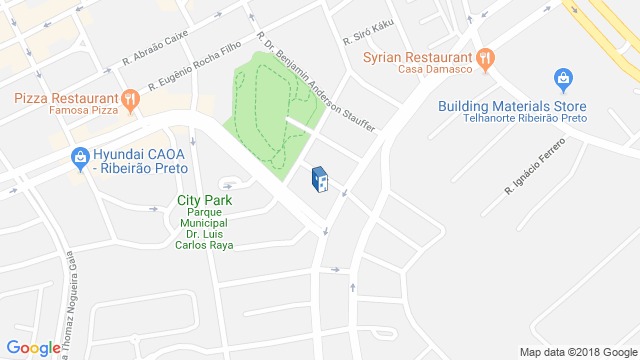