✕
Save
Rethinking Le Corbusier's Manifesto: 6 Explorations That Break Away From Modernist Ideals
Share
Or
Copy

“A model by Corbusier is the only image that brings to my mind the idea of immediate suicide.” - Ivan Chtcheglov

Despite their pranks and dirty politics, the Situationists may have been right after all. The death of architecture students will not be a result of excessive studio work, but will rather occur from the sermonizing repetition of modernist ideals that continue to be taught. In Le Corbusier's manifesto, Vers une Architecture (Toward An Architecture), he advocates for the adoption of modern architecture as the solution to 20th-century global crises, in a way that now seems rather limiting.

If the discipline doesn't move past the black-and-white photographs of the Barcelona Pavilion or the reductionist designs of the Bauhaus, students will continue to produce what may now be incorrectly associated with the “right architecture.” In order to break away from these stereotypes of what architecture should be, here are six explorations of building, curating and writing that resist these notions: 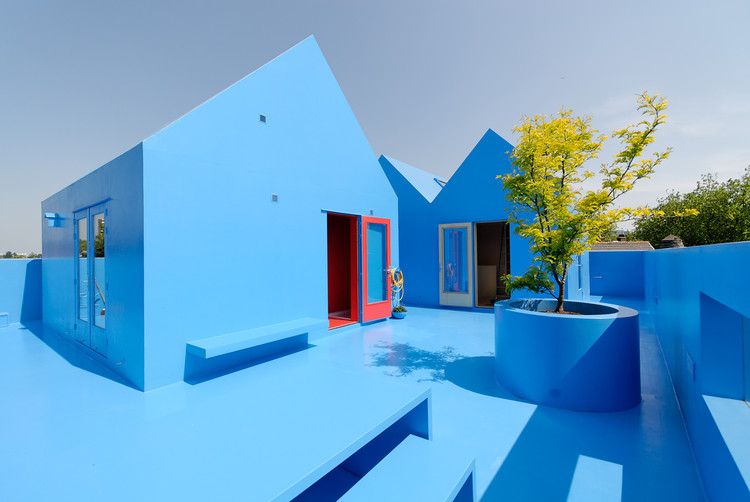 Towards A “Colorful” Architecture

MVRDV’s Didden Village, a bright blue parapet attached to an existing brick structure in the midst of other such buildings, is proof that one doesn't always need to spray paint their blue foam models white. Color doesn’t have to be an afterthought or a poor choice of wallpaper, instead, it can be a defining logic system in the way architecture is designed.

Towards An “Impractical” Architecture

“The Uncomfortable” by designer Katerina Kamprani is a series of household objects that are completely unusable; form does not need to follow function. It's time to finally let go of these overused mantras to produce new design and reinterpret how shape and form are viewed. Architecture, though may be purposeful, shouldn't try to become utilitarian and cease the notion of beauty altogether.

Towards A “Cute” Architecture

Joanna E. Grant’s thesis project titled, Overly Attached Cute, argues for the development of a Japanese-aesthetic “kawaii” or the tiny, diminutive, adorable design within the seriousness of architecture discipline. From furniture to fashion, cute and soft objects are normalized design elements, however, they haven’t been explored within the field of architecture. Though architects believe every global issue is a problem of architecture, studio projects don’t need to (and most probably can’t) solve the world in the span of six weeks. Exploring cuteness and simplicity is a new take to this grave discipline.

Towards A “Maximalist” Architecture

The "Toiletpaper Paradise" exhibition by Maurizio Cattelan and Pierpaolo Ferrari is beyond kitsch and explores the theme of tackiness or peculiarity - whatever you wish to call it - in spatial settings. Buildings aren't just empty white walls as architects choose to believe; people inhabit and alter those spaces with individual tastes and experiences. More is more!

Towards An “Inclusive” Architecture

Buildings, designed by the plethora of male architects, are often also created for men. Sarah Wigglesworth's Straw Bale House is a built project that combines the workspace with the domestic space to design for women who have multiple identities: a working woman with a family. She uses the project as a way to redefine the feminist understandings of materiality in both the context and the process of making architecture. Perhaps design needs to start to consider the multiplicity of its users, rather than assuming the same solutions for every user.

Towards A “Provocative” Architecture

If they didn’t teach students about the nine-square grid, have they really gone to architecture school? Learning about formalism to understand the spatial form detached from the world has become a somewhat futile exercise. TheLab-Lab’s project “Terminal 4 Jetway” is a social commentary in form of a parody that plays on stereotypes of airport security to question the sensibility of virtues deemed to be "good" in South Asian cultures. Though architecture can’t solve all of the worlds’ problems, the discipline needs to start using its potential for more than just designing buildings - but rather for making a statement. 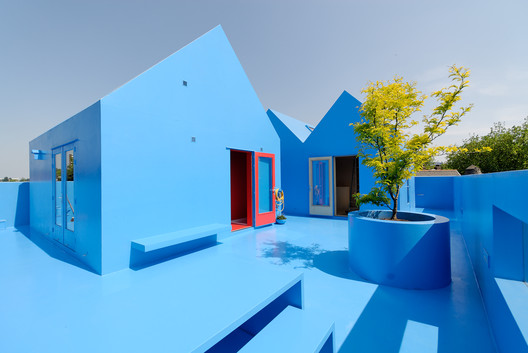