Architect and photographer Romullo Fontenelle of FLAGRANTE studio shared with ArchDaily a series of photographs from the recently inaugurated Japan House Sao Paulo, a project by Kengo Kuma in partnership with the local office FGMF Arquitetos.

The global initiative by the Japanese Government aims to "create a vision of contemporary Japan." Opened May 2018, Japan House combines art, technology, and business to offer an escape to present day Japan. 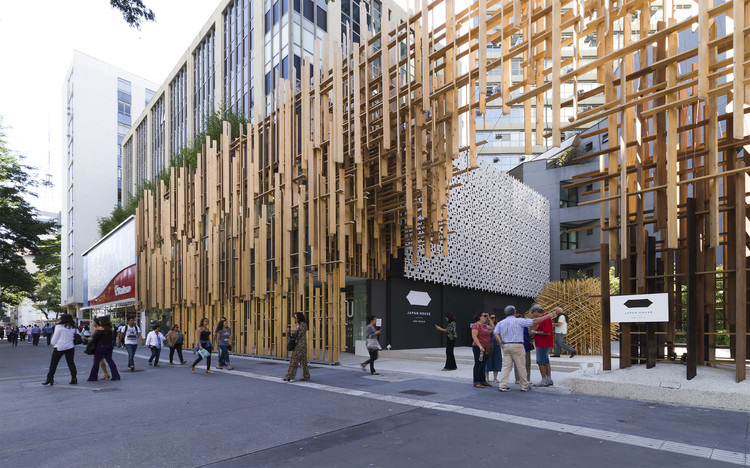 The most emblematic aspect of the design is its facade, which presents a "curtain of wooden rules made of hinoki and worked by Japanese craftsmen in a conversation with the traditional cobogós, small hollowed out cement blocks commonly used in Brazilian modern architecture."

Japan House Sao Paulo is located on Paulista Avenue 52. It is now open to the public.

Below, take a look at the 360° installation view of Japan House Sao Paulo, made by the ArchDaily Team. 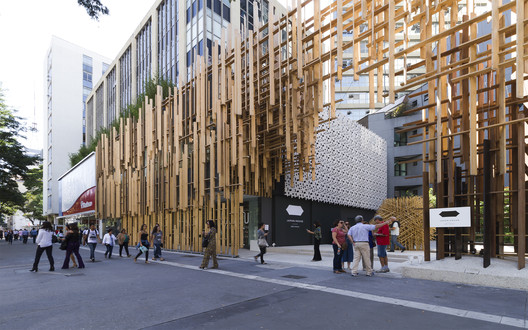