Clouds Architecture Office have revealed a new design for a space research lab that floats above a crater in Oita, Japan. Called AVATAR X LAB, the design was made for ANA Holdings Inc. and the Japan Aerospace Exploration Agency. The lab aims to be part of ANA's AVATAR Vision, an endeavor to advance and pioneer real-world Avatar technologies, and JAXA's new research and development program J-SPARC. The lab was designed to advance understanding of space exploration and development. 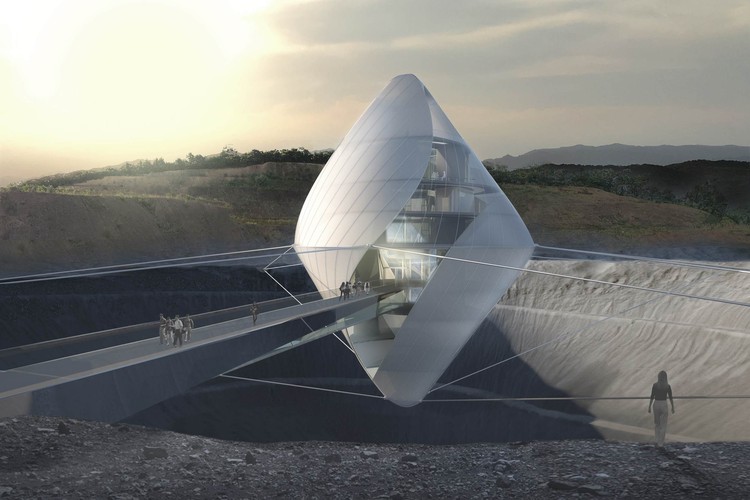 ANA and JAXA are both experts at launching vehicles into the atmosphere, the feeling of suspension or 'being in the air' is natural for both entities. The AVATAR X Lab Building is designed as a suspended building floating above a moon-like crater. The multi-story structure floats eighteen meters above the crater bottom, and is accessible by a bridge. Together with a growing list of public and private partners, AVATAR X hopes to catalyze new space-based businesses that will provide key services and an unprecedented level of access to space.

As Clouds AO states, "The space age has allowed us to leave Earth for the first time to explore other worlds, opening the door to a new era of discovery. In conceptualizing the design for the AVATAR X Lab @ Oita campus, we wanted to convey the innovative spirit and energy of the space age." The research campus will be located in Oita prefecture, Kyushu, Japan. The site was chosen due to its resemblance to a lunar landscape. The campus will be used as a test field for a consortium of global tech companies who have signed up to participate in developing Avatar. The campus will consist of several buildings, as well as a moon simulation terrain, which will be used to experiment with tele-operated remote semi-autonomous construction of lunar surface habitats using Avatar robots. 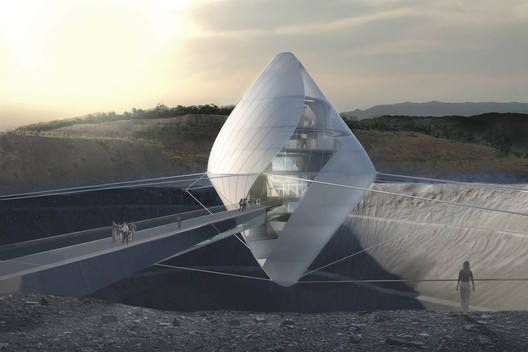