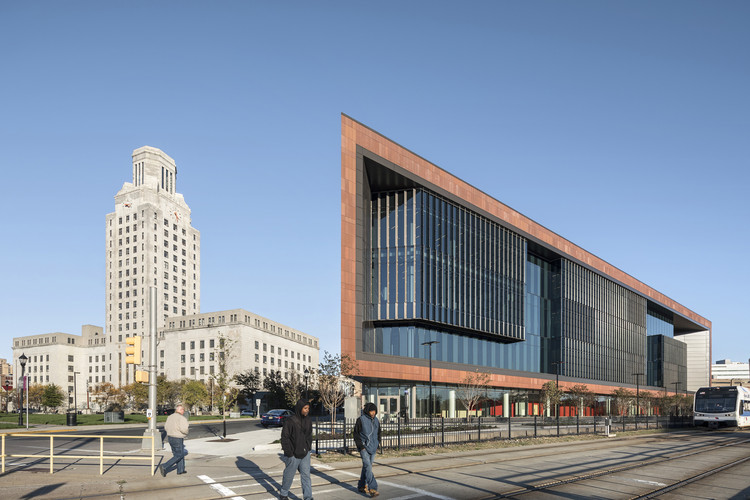 Text description provided by the architects. After several decades of disinvestment and decline, the City of Camden, New Jersey, has recently shown a commitment to revitalization and community-building. This commitment is realized in the new Rutgers University-Camden: Nursing and Science Building. The building announces the seriousness of purpose about the revitalization efforts underway that are positioning Camden as a major player in “eds and meds.”

Located adjacent to City Hall, abutting the heavily trafficked Light Rail station, the building significantly improves Camden’s urban context; it captures at once the inherent value of access to transportation, a waterfront, historic building stock, and an activated pedestrian realm. Located on a triangular site on the edge of City Hall Plaza between the Rutgers-Camden campus and the Cooper Medical Center—the first university academic building located off Rutgers-Camden’s traditional campus boundaries—the building is described as the first step in an effort to help revitalize Camden, by building a corridor connecting Camden’s university district with the Cooper University Hospital and Cooper Medical School of Rowan.

The location for this revitalization is meaningful: The bold building is located on a swath of streetscape left vacant for decades. To this end, the building includes three storefronts to activate the street and provides a connection to the activity generated from the Light Rail. Instead of shying from this challenging context, the design embraces it through its expressive, multidimensional facades that showcase the activity within.

The building establishes a contextual architectural response to its street condition while its dynamic shape, expressive detailing, and animated glazing systems provide a signature expression for the University in its off-campus setting. By utilizing a punched-window aesthetic with pedestrian level storefront and a masonry-toned, ultra-high strength concrete cladding, the building makes a contextual statement to the north and east. To the southwest, a four-story glass façade along the building’s diagonal overlooks south Camden. By virtue of this monumental “super-window,” the facility’s internal academic functions are “on display” to the city, and its occupants are constantly connected back to the urban context while going about their day.

As the new single facility serving the entire Nursing academic community, the building’s off-campus location posed a challenge. With a lack of dedicated exterior space, the building needed to accommodate a nursing student population that would largely remain in this single facility throughout their academic careers. This demanded the crafting of a dynamic, varied, and flexible interior environment that could satisfy the learning, socializing, collaboration, and study habits of students as they move through the four-year program—essentially, the building becomes a campus in itself.

While the building siting establishes an important street edge, its position uniquely isolates it from the surrounding architectural context, allowing the building also to be understood as a three-dimensional sculptural object in the heart of Camden’s downtown.

The exterior design was developed, therefore, to function compositionally at different scales, while it and the interior palette—in keeping with the building’s use for nursing and science inquiry and training— take cue from the seemingly random patterns of DNA genotyping. 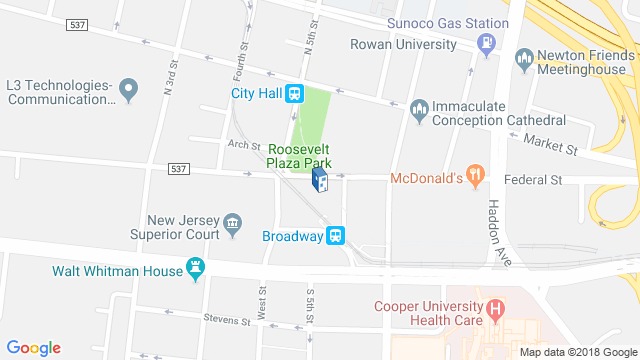 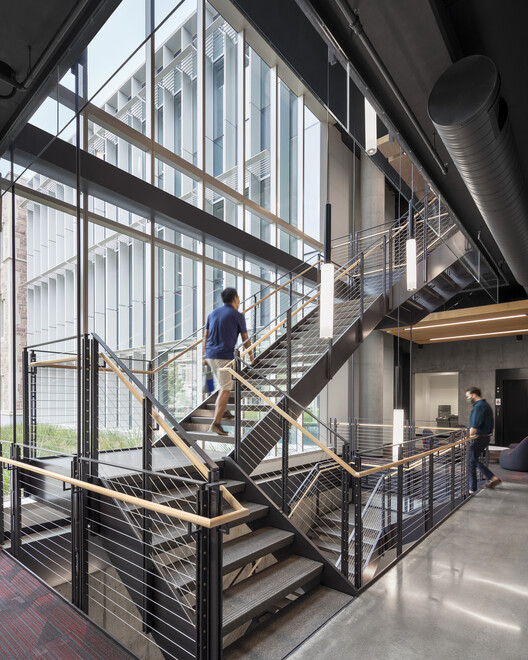 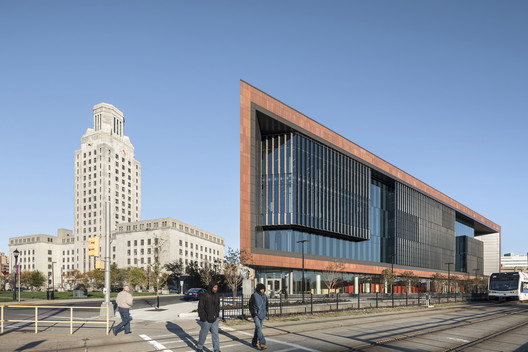