The new images celebrate the 190-meter-tall atrium rising through the full height of the building, designed to “rise as a single volume, divided into two halves.” The 172,800-square-meter scheme sits atop a new transit hub straddling a subway tunnel currently under construction. 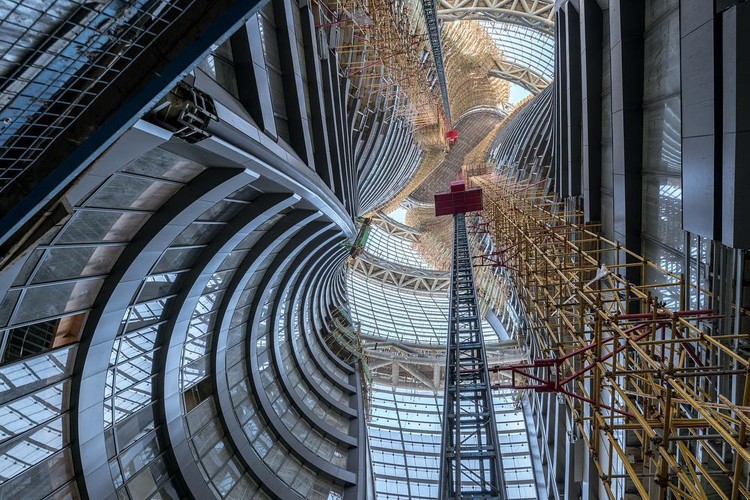 The practice has collaborated with SOHO China to realize four projects, totaling in all 1.4 million square meters of office and retail space. Zhang Xin, CEO of SOHO China has said: "China attracts the best talent from around the world. It’s important to work with architects who understand what the next generation requires; connecting communities and traditions with innovative new technologies to embrace the future."

The tower is set for completion in late 2018. 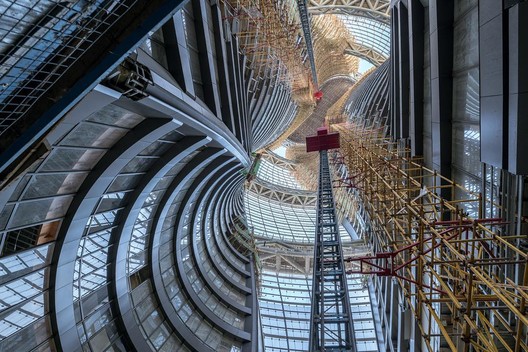