HENN have been selected to redesign the Gasteig, Europe's largest cultural center in Munich, Germany. The renovation and remodel aims to bring new life to the center after 30 years of use. Originally designed by the architecture partnership Raue, Rollenhagen, Grossmann and Lindemann, the Gasteig welcomes around two million visitors annually. The new design celebrates the building's role as a revered cultural hub and introduces a new glazed bridge to connect the existing parts of the building and bring transparency to the complex. 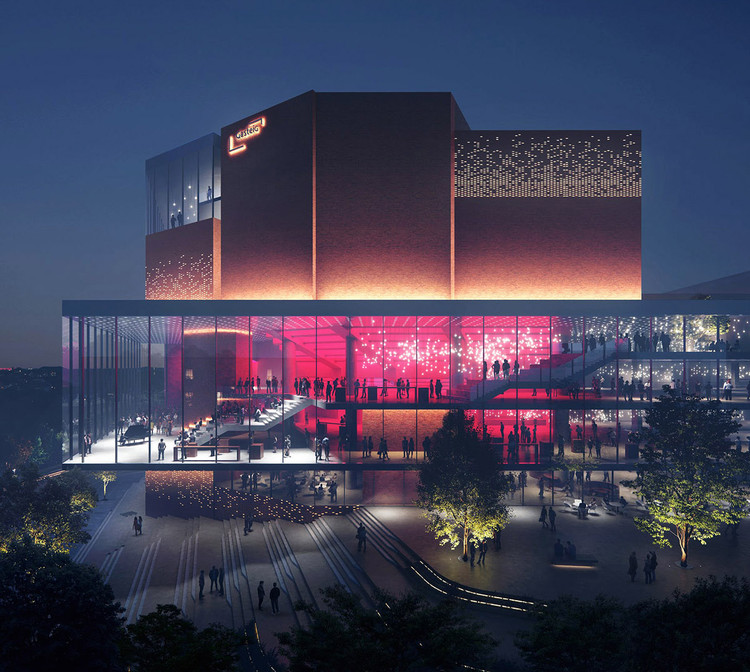 The new glass redesign opens the Gasteig up to city, affording perspectives of the inner vibrancy of the building, and welcomes visitors and staff alike to be part of the city’s cultural life. This “Kulturbühne” (Cultural Stage) simultaneously acts as the leitmotif and generates the identity of the new Gasteig, while its transparent, glazed and open architecture stands in deliberate contrast to the monolithic and mineral-like character of the existing building.

Following the idea of “ONE” Gasteig, the new Culture Stage extends both horizontally and vertically as a spatial continuum through all the sections of the Gasteig. The Cultural Stage functions simultaneously as a circulation node, foyer, exhibition space and an event area. It provides both visitors and staff with clear orientations and short routes between all of the building’s functions. Regardless of its use, the Cultural Stage gives each element its own anchoring and individual identity, be it the Philharmonic, the Carl Orff Auditorium, the library or the Munich Volkshochschule.

The Carl Orff Auditorium was designed to be a flexible space within the Gasteig to host ballets, concerts, and theatre performances. The flexibility of the space is achieved by the machine powered lifting platforms under the stage. Used at a single level with a gradation of platforms, the venue will be able to accommodate different stage types with different maneuvers, accommodating up to 1,000 people. 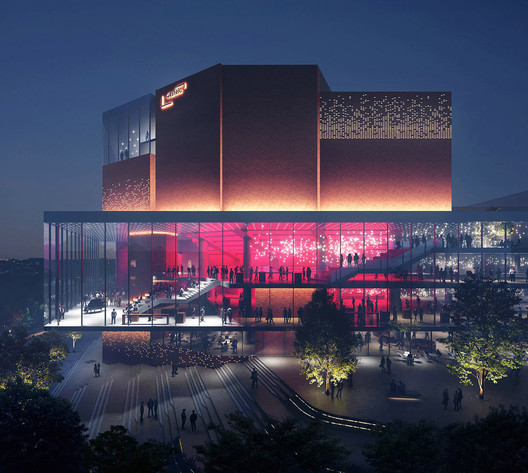