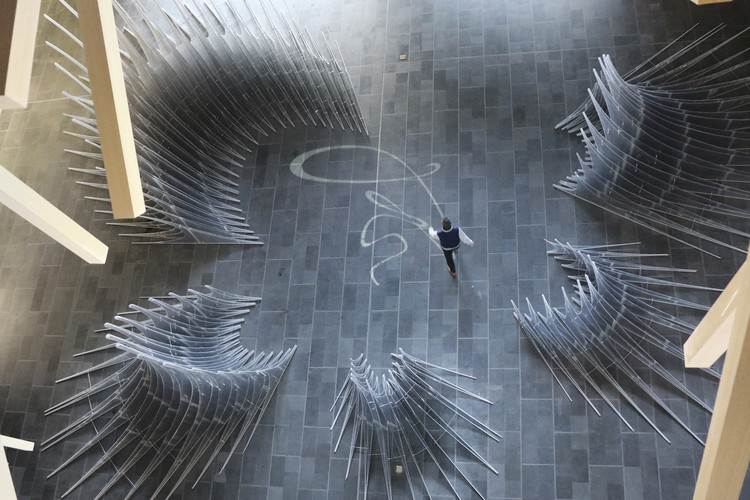 Text description provided by the architects. The installation “HE” located at the atrium of the show space of HUB, Shanghai. It was created as a part of the exhibition, China on Brush Tip/ Finger Tip, to carry forward the traditional Chinese painting and calligraphy art. A three-dimensional installation and accompanying video tried to convey the essence of calligraphy to audience in a brand new way.

Collaborating with the master calligrapher Dongling Wang and inspired by his work, the designer devised a design language to interpret paper-based artwork into poetic space that correlated with human body.

How to present the rhythm of calligraphy in space? A kung-fu fiction passed through the designer’s mind. The hero of the story had a unique way to decode the script of holy martial arts:Unlike the others, when he looked at the characters, he saw drawings indicating how the sword swings but not words describing. Similarly, we could enjoy the beauty of calligraphy by focusing on the movement of brush, not what the characters literally mean.

With this thought, designer decided to trace the calligraphy artwork into the movement of brush tip, a primitive curve. Then, curvature, as one of the most important information of the curve, was extracted and visualized. To response to the concept of exhibition “unity of heaven and men”, the installation design started from the Chinese character “HE” meant unity. The trajectory of brush was extruded according to its curvature and informed theshape of massing. Surrounding by rolling hills-like installation, people would be overwhelmed by the beauty of calligraphy art.

Limited by project conditions such as site scale, budget and construction period, PC sunlight plate was chosen as the major material. Every two panels were connected by short steel bars in “A” shape, achieving structural strength to stand on the ground independently. Then, the installation was assembled in sets. The shape of plates were computerized by parametric software and cut precisely with numerical control machine tool. Each of them had a unique index number. To simplify the construction process and let workers understand easily, the designer produced indicative illustrations to guide the installation rather than standard construction drawings.

Different composing method of semitransparent plates affected their transparency under the light. The variety reminded people of the 5 classic ink colours applied in calligraphy art. At the same time, the whole design process were recorded as a video and projected in the middle of the installation. It included the very beginning of writing down “HE” and the analysis of its curvature. The implement of interactive video enriched the space. 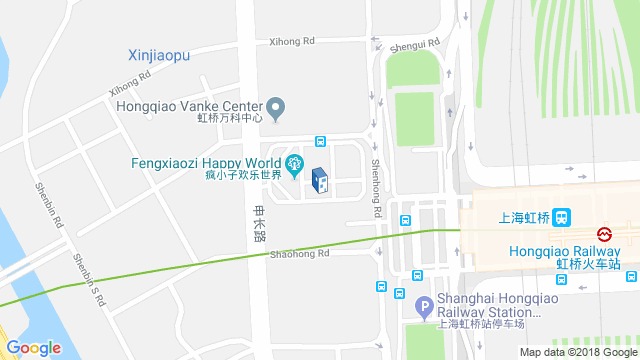 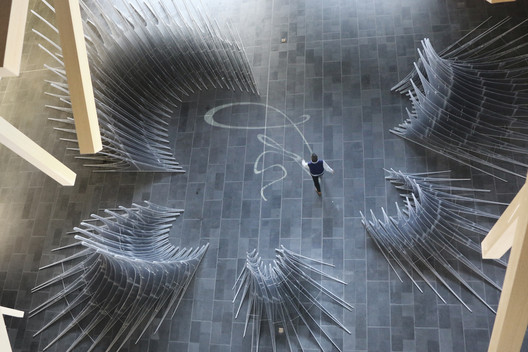