Adjaye Associates‘ 130 William Street residential tower in Lower Manhattan has begun installation of the building facade. As New York YIMBY reports, last week the hand-cast concrete arches started getting installed. Made to recall New York City’s historic fabric from the 19th and early 20th centuries, the facade was designed around an eclectic material and color palette. Once finished, the tower will include 244 new luxury condominiums in the Financial District. 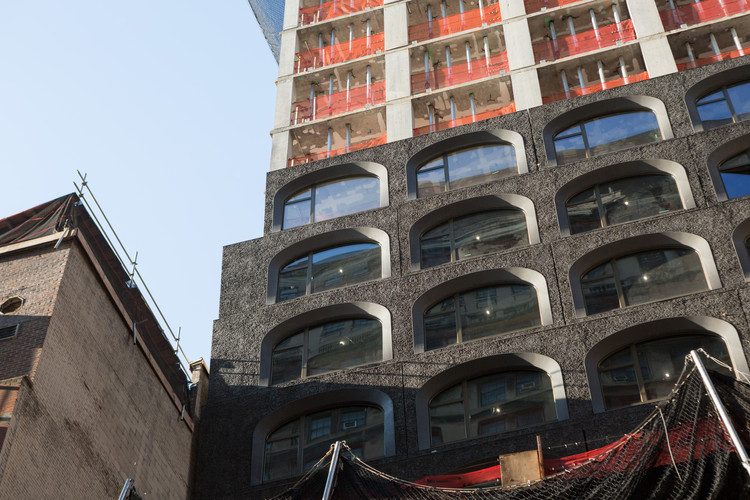 As the tower's superstructure has reached the 27th floor, the project will be the first skyscraper in the area with arched windows and features a reversed-pyramid angle between each floor and bronze detailing. Hill West Architects is the architect of record, while Lightstone is behind the development. “The design for 130 William acknowledges the tower’s location on one of the city’s earliest streets,” explains David Adjaye. “Understanding that rich history, I was inspired to craft a building that turns away from the commercial feel of glass and that instead celebrates New York’s heritage of masonry architecture with a distinctive presence in Manhattan’s skyline.”

Construction is slated for completion by spring 2020.