The Central European University’s Budapest campus, designed by O’Donnell + Tuomey and shortlisted for the RIBA International Prize, is under threat of abandonment due to ongoing verbal and legislative attacks by Hungary’s populist prime minister, Viktor Orbán.

As reported by CNN, university officials have spoken publically about plans to leave Budapest, with the university’s board recently approving the opening of a satellite campus in Vienna in 2019. The decision would cast doubt over the second construction phase of the O’Donnell + Tuomey vision. 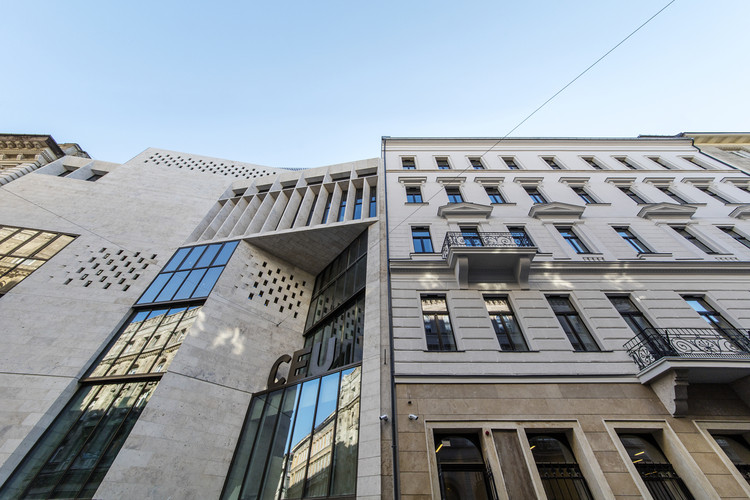 The Hungarian president, known across Europe for his hardline stance against refugees and mass immigration, has been openly critical of the university’s founder George Soros, as well as the university’s academic agenda, which stands in contrast to the government’s nationalist outlook.

In August 2018, the introduction of an “immigration surtax,” threatening a 25% levy on activities judged to incentivize immigration, led to the suspension of the CEU’s programs for refugees and asylum seekers.

If the suggestion of relocating the university’s operations to Vienna are followed through, it could spell the end of the O’Donnell + Tuomey vision for the institution, with a second phase due to create a pathway from the entrance building to an adjacent street.

Completed in 2016, Phase 1 of the Central European University changes the relationship of the university to the city, “providing a public face for the university, a new entrance on axis with the [river] Danube, a library, and learning café for citizens and students.”

The 35,000 square meter scheme integrates with its surrounding World Heritage site through the radical transformation of five disconnected building, and the construction of two new buildings. A locally-sourced limestone façade echoes the existing urban fabric, while a “surgical” strategy linked existing and new buildings through a “sequence of connected courtyards.”

The scheme is one of four buildings shortlisted for the 2018 RIBA International Prize. A biennial award open to any qualified architect in the world, the prize seeks to name the world’s “most inspirational and significant” building.

The inaugural prize was awarded to Grafton Architects in 2016 for their UTEC university building in Lima, Peru, described as a “modern-day Machu Picchu.”