Today we celebrate the 90th anniversary of Paulo Mendes da Rocha. With a unique integrity in his thinking and design, his career has already been celebrated with the highest awards an architect can receive, from the Pritzker Prize in 2006 to the 2018 Golden Lion from the Venice Biennale and the Praemium Imperiale in 2016. Here, instead of presenting his impressive projects, we have asked architects to share some of their stories, talk about his practice and how his thinking has influenced them.

Paulo is an extraordinary person. His work can't be dissociated from his position as intellectual in the world. Whoever has the privilege of knowing him experiences the erudition, the brilliant associations, his ability to think in depth. But also they end up knowing his astonishing coherence and generosity, without prejudices. He is always open to conversation and sees dialogue as a form of existence. His projects are much more than the drawing of constructed objects, of architectures: they are the formalization of a private view of the world, radically inclusive.

He uses architecture as a way of thinking about our existence, and his work sends silent but very eloquent messages with the poetic power of great artists.

His influence is therefore formative - not of an architectural school, but of character. I owe a lot to Paulo in this sense and now, when the burden of responsibility for continuing this project increases in a frightening way, he continues to be a breath, a reference, an important presence.

I think Paulo's work, presence and thought transcend specific answers. My parents have been with him since I was a child, but I also played with Joana, his daughter. From my entrance to the FAU [College of Architecture and Urbanism of São Paulo University] I began to listen to him whenever I could. Paulo's speech is very powerful and informative.

It's a bit like "Um Índio", song by Caetano Veloso; he doesn't surprise through exoticism, but by making hidden ideas and occurrences obvious.

He says things in a very simple, synthetic and very essential way. It’s magic made from the real, very competent.

More than an influence, Paulo Mendes da Rocha had and has an impressionable presence in my life. I met him as a teacher at FAUUSP in 1992 or 93 when I was a student and the studios were full of people wanting to be part of his studios.

He gave explanations about architecture and life - the adventure of being in the universe - and, above all, asked questions that made us doubt the ready ideas, chewed formulas and conformity. We were in permanent "state of crisis," and this is a great formative role one can have.

This is what characterizes a great teacher. And living with Paulo for a longer time, I have been able to realize how much this "state of crisis" is lived intensely and daily by himself as a permanent disposition for inquiry, for the non-stagnation of thought and emotion. It may seem obvious, but it's not. I don't know anyone else with this same disposition to be affected by the darkest thoughts, and yet to make them the engines for a certain positivity, for action, for hope in the virtuous transformations that we have to make.

The work of Paulo Mendes da Rocha has a double dimension for me. The first one is directly linked to the research that I carried out in his collection (2008-2013), which served as the basis for my doctorate. The second, more linked to the dimension of practice, is reflected in our work at Base Urbana. Through the research I came to know the immense universe of drawings and ideas that comprise a singular thought that expands the simple act of making architecture: the project as an essay that proposes new ways of living, of being and coexisting in our cities.

In practice, Paulo's work brings us an influence that is not due to an approximation of language or aesthetics, but by a way of acting and thinking that each project is an opportunity for transformation that transcends the limits of the program or the site.

It is a posture that seeks the transformation of spaces for freedom.

Even without the intention of being a reference, the architect Paulo Mendes da Rocha creates outstanding projects in the context of national and international architecture.

It is the forms, the materials, the light, the spans, the views, the technique at the service of life, the recognition of nature in the built environment, among other reasons, that become integrated into the architecture of buildings and places.

Perhaps one of his most touching speeches was about building peace in the world at the Pritzker Prize ceremony in Istanbul in 2006. A teaching for life.

Our collegiate coexistence of teacher and student has turned into professional collaboration and friendship. Through scientific method with recurrent dynamics of improvement, he structures a sensible and precise conceptualization. As I have often seen and heard, in front of a sketch, "the project is ready" 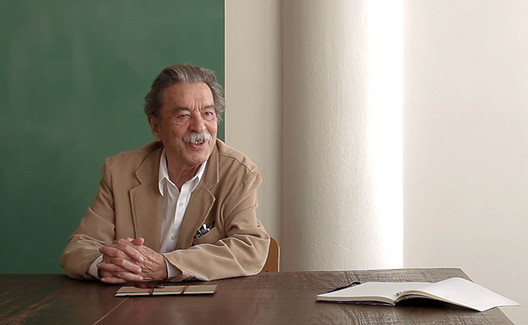