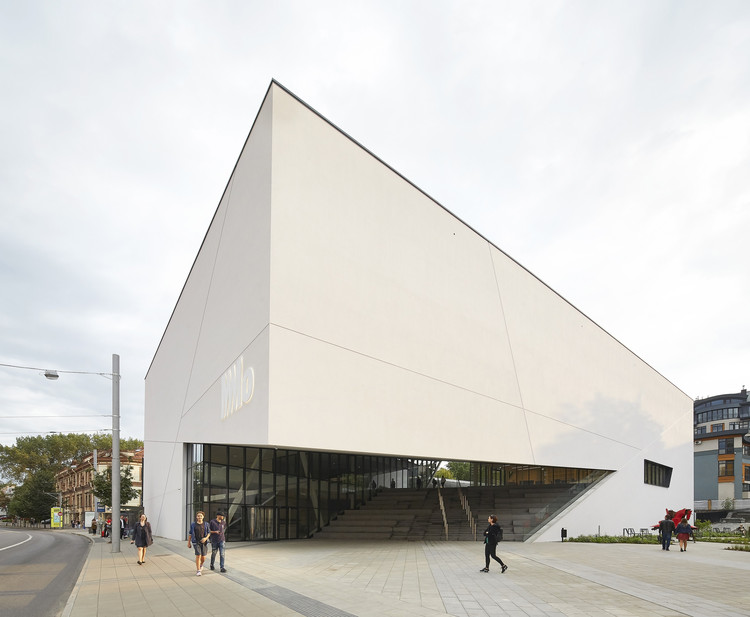 Text description provided by the architects. Designed by Studio Libeskind in collaboration with Do architects (Vilnius) and Baltic Engineers (Vilnius), the MO Modern Art Museum opened to the public on October 18 with a four-day celebration including a public talk by Daniel Libeskind in the Museum’s auditorium and the inaugural exhibition, All Art Is About Us.

"The MO Modern Art Museum is a cultural milestone for the city of Vilnius and Lithuania as a whole. This new world-class institution will showcase local art and will explore its links with the global art scene,” said Director of the Museum, Milda Ivanauskiene. “These never before seen works of art created behind the Iron Curtain will finally have a venue and international audience,” added Ivanauskiene.

With a new public piazza located steps away from the historic medieval city, the 3,100 sq-meters museum stands as an expression of Vilnius past and present. The MO Museum is conceived as a cultural “gateway” connecting the 18th century grid to the medieval walled city. The concept is inspired by the historic gates of the city and references the local architecture both in form and materials.

“Having designed many large scale museums around the world, it was thrilling to design an intimate and iconic museum for a great collection of contemporary art,” said architect Daniel Libeskind. “As someone who has a true appreciation for the history and beauty of Vilnius, I believe the building and its architecture will become a wonderful place to enjoy art and the spirit of the city,” added Libeskind.

The rectilinear exterior façade is clad in luminous, white plaster that references the local materials of the city.  As visitors approach the museum, they encounter a dramatic open stair that intersects the museum on a diagonal axis creating an expressive counterpoint to the minimalist façade. The stair cuts the façade open connecting the street with the upper levels of the museum giving way to an openness that flows between inside and out.  At the top of the exterior stair is a stepped open air terraced roof that serves as a gathering area and place for public performances and talks. A five meter cantilevered fully glazed wall allows views from the galleries to the public terrace.

An emphasis on including public space is one of the most important features that the Studio incorporates into its designs for cultural institutions.  At the MO Museum, situated in a dense urban context, almost a quarter of the site is dedicated to green space. At street level, a garden space will exhibit sculptures created by the winners of the Lithuanian National Prize for Culture and Arts.

"One of the reasons I am drawn to Studio Libeskind’s work is that it is both iconic and democratic,” said Museum Founder and Collector, Viktoras Butkus. “The MO Museum is the largest private museum in Lithuania, so it is important to me that museum expresses openness and reflects the ethos of the collection as well as the institution. The generous public spaces throughout the design play a vital role in communicating these ideas,” added Butkus.

On the northern side of the building, visitors will enter though a two-story (8 meter tall) glazed entrance into a light filled lobby.  Here, the theme of inside and out continues to play out with geometric interior skylights that cut through the building ushering in daylight to the lower floors and allowing views to the upper floors. An interior glazed opening offers visitors a peek behind the scenes and into the collection storage vault. These unexpected and sometimes playful moments continue throughout the museum.

Near the entrance, a black spiral staircase connects the main gallery with the lower lobby and punctuates the museum’s core. The galleries are laid out as open floor plans that provide 1,300 sq. meters of exhibition space dedicated to both permanent and temporary exhibitions of the museum’s ongoing collection. The Museum additionally includes a café, bookstore, educational areas, auditorium, as well as storage and administrative space. 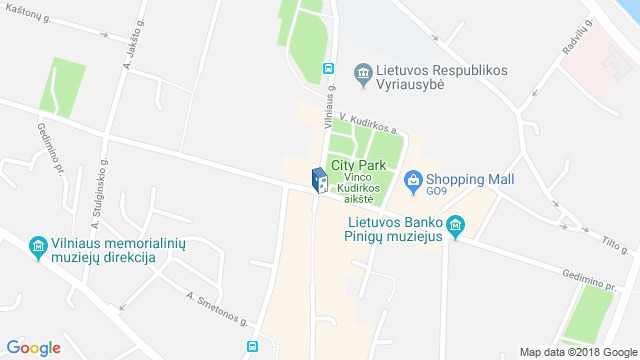 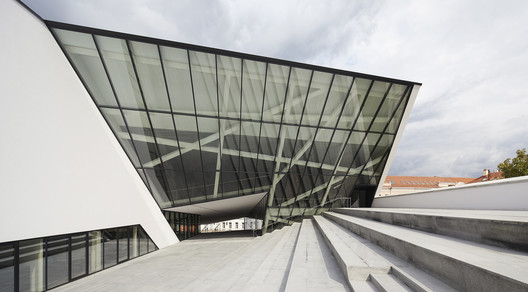 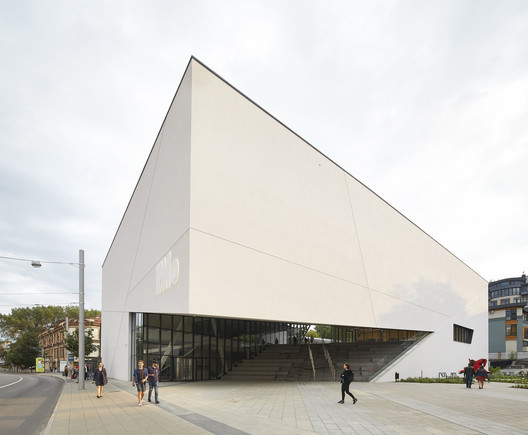