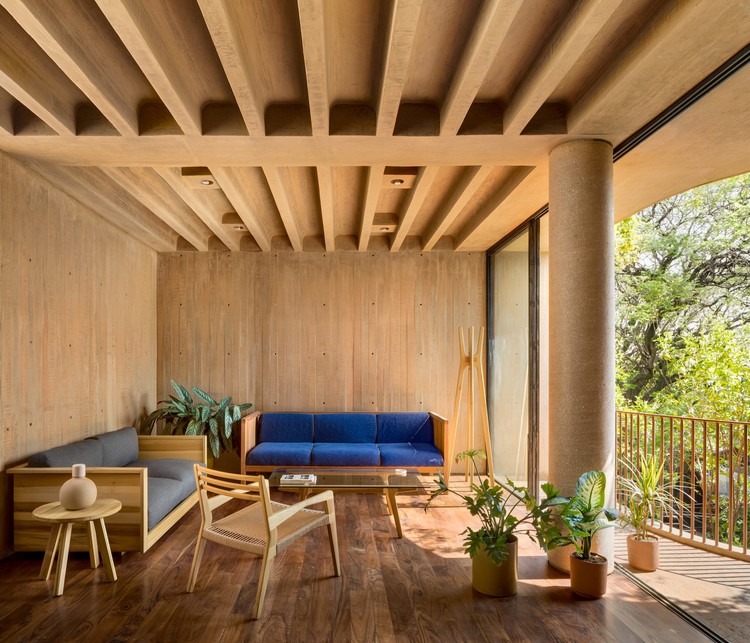 Text description provided by the architects. The building LC710 is located in a residential area in the center of ¨Colonia del Valle¨ in Mexico City. The site has a rectangular form, with a narrow front of 10 meters facing the street and 32 meters in depth.

This proportion and the east-west orientation resulted in a compositional scheme which parts from three volumes interleaved with three ¨Patios¨ /voids.

Six housing units make up the interior of these volumes through two different typologies. Within the first two volumes the same four units develop, in which the social area is on the first one facing the street and the private areas are on the second one, linked between the circulation core, evident in the intermediate ¨patios¨/voids.

The diagonal connection between these two program areas allows each unit to take advantage of the fist floor ¨patios¨ and the gardens on the rooftop, so that each unit has its own private exterior area that merges with the interior space.

In the third volume two different units take part, each one consisting of two superimposed levels, that also merge with the exterior spaces in a more intimate and silent atmosphere.

The two materials used are concrete, with a color aggregate, and steel. Finding in both good aging and low maintenance. Their use not only seeks to exalt their structural characteristics, but also to generate a good atmosphere through their sensorial qualities. 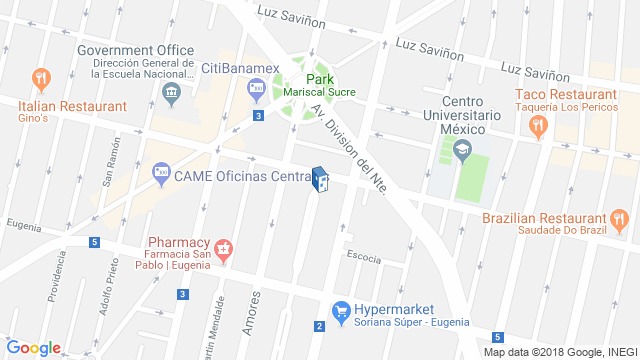 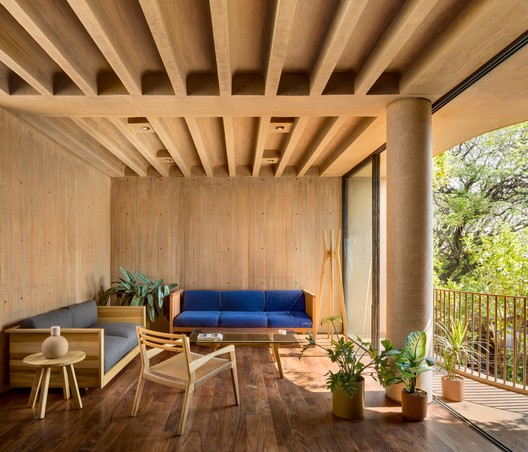