Save
“Architecture Happens Because We Believe in a Better Future”: An Interview with Jürgen Mayer H.
Share
Or
Copy

Architect Jürgen Mayer H. founded his firm J.MAYER.H in Berlin in 1996. He studied both in Germany (Stuttgart University) and in the US (Cooper Union and Princeton). Back in 2010, Mayer H. told me that while his solid professional education in Germany equipped him with the know-how about the technical and practical aspects of architecture, he still lacked a clear vision about how to develop his own thought and an architectural language.

Years of questioning and experimenting eventually led to the development of his own distinctive voice. Mayer H.’s buildings have brought unique identities to many places around the globe, particularly through his use of data protection patterns that triggered the creation of architecture unlike anything seen before. On my recent visit to his studio in West Berlin we discussed the architect’s identity. When I confronted Mayer H. about what he thinks about his signature style at the times when it is no longer celebrated by the media he said, “This started as my voice and by now it is the contribution of an entire team. There is no intention or strategy, just our own capacity to work with the medium of architecture.” 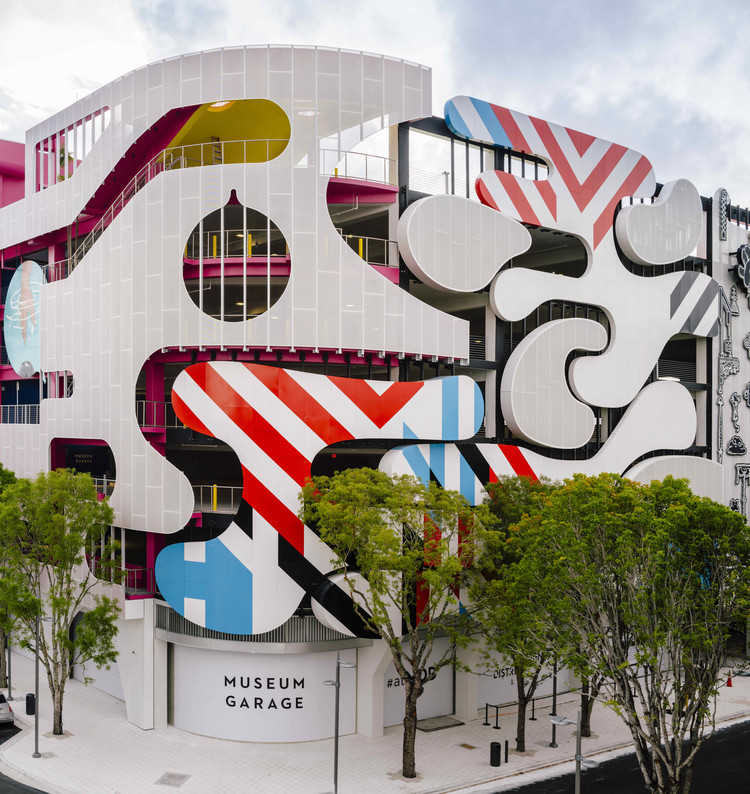 Vladimir Belogolovsky: For so many architects it is the very first project that leads to a particular discovery or a line of inquiry that is characteristic of the entire career that follows. Often it is a house for an architect’s mother or one’s own house. Is there a manifesto project that played such role in your case?

Jürgen Mayer H.: I would name the first key project, the Stadthaus Ostfildern, a townhall in Ostfildern outside of Stuttgart in Southern Germany, which was our first competition-winning project in 1998. When built in 2003, it won the Emerging Architect Prize by the Mies van der Rohe Award. It contained a lot of the basic ingredients that have become a foundation for many of our subsequent projects, including data protection patterns that we used to layout metal ventilation panels on the building’s facades. The second key project was Metropol Parasol built in Seville, Spain in 2011. There, we combined the lively urban space with mixing various programs to create vital, multilayered environment. These two projects were instrumental in forming a certain catalogue of ideas that can be traced in all of our work that is distinguished by an understanding of architecture as a space for communication and framed by a strong sculptural identity.

VB: About eight years ago we spoke in New York. You expressed very interesting thoughts then and now I would like to go back over some of them to hear your comments as you view them today:

JMH: I am quite curious myself. [Laughs.]

VB: “I want architecture itself to lead us to potential discoveries.”

JMH: We need to use this fantastic medium, architecture to explore what is coming, what is possible, as we construct our future. Therefore, we let our curiosity to lead this beautiful adventure of reinventing architecture. The beauty of architecture is in the fact that there are so many different agendas and ways of doing it.

VB: Another one – “I see my projects as lenses through which surrounding context is looked to see something new. Architecture is a catalyst, which is not a background to an everyday life, but something that provokes you to rethink spatial conditions.”

JMH: I still agree with that. Architecture happens because we believe in a better future. Spatially, economically, health wise, and so on. We believe in responsive architecture. For example, how can architecture reduce the level of stress in a contemporary city? We try to tackle such issues and give them an architectural face.

VB: “Architecture is a critique and discourse to make commentaries on contemporary life and culture.”

JMH: Meaning, contributing a critical view and projecting something unexpected by rethinking of what is accepted, a norm, a lazy status quo. Ideally, that’s what architecture should do.

VB: This is important because since we spoke in 2010, architecture, as a discourse has shifted, and architects’ rhetoric changed quite significantly. We moved from celebrating the iconic, signature style architecture, and discussing artistry, metaphors, and inspirations to emphasizing social engagement, ecology, economy of means, context, problem-solving, team work, and so on. If you maintain that your work is a commentary on contemporary life and culture, then it must have changed significantly because the architectural discourse evolved. Do you see a particular change in your work as a reflection of how the discourse of architecture has changed?

JMH: Meanwhile, the fascination with digital technologies is established in universities, labs, and hubs, and this forms the backbone of a future economy. Parallel to this increasing complexity we see investigations into the activation of communities and strategies to cultivate our commons.

VB: I am not talking about gradual evolvement based on continuous research and design process. Since we talked eight years ago, architecture went through a drastic transformation. We no longer celebrate the individual. Your work, from the beginning, was about celebrating the iconic and the invention of a distinctive signature style. It was a direct response to the times. How do you acknowledge the new reality when so many young architects openly suppress their individuality? Is there pressure to make any concessions?

JMH: Well, we can only write with our own handwriting. Architecture is the same way. There is no specific intention or strategy in regard to the architectural language that we use, just our own capacity to work with the medium that is architecture. However, the making of architecture shifted towards more communication and collaboration which enriches the design process and its complexity. I don’t believe our work changed that much even if the discourse has shifted. We were always concerned with how our buildings are experienced. Our architecture anchors itself in different contexts and that forces us to evolve. What is currently being discussed are just moments of particular urgencies and preferences; they come and go. But we have so many ongoing issues. Right now, we may be focusing more on being sensitive to the environment and being pragmatic. That, of course, influences our work but the language that we use is already established and formed by many forces beyond today’s discussion.

VB: When asked about what is architecture you said it is an adventure into unknown. It is very poetic. Could you elaborate?

JMH: Architecture is a process; it is an adventure, a journey that has many unknowns. What we do as architects is not trying to create a product but to arrive at a point of discovery. Even after many years of designing buildings we want to be surprised and let the process lead us to a particular proposal. We trust and yet constantly question our process. However, at the beginning we don’t know what the outcome will be.

VB: What is a good building for you?

JMH: A good building redefines a place. A good building brings a new vision. It also offers comfort but, at the same time, it challenges our expectations. It is a building that incorporates innovation culturally, socially, and technologically. And it is a kind of building that can be adapted, transformed, or entirely changed in the future without loosing its very own characteristics.

VB: Can you name one such building built in the last decade or so anywhere in the world?

JMH: The 1111 Lincoln Road garage in Miami by Herzog & de Meuron [2010] falls into that category. In our imagination, its openness and skeletal character allows for actual or fictional future transformations. It remains under-defined and yet, it is so specific that you won´t forget it after you have seen it once. And it activated its urban context. Our design for the Sarpi Border Checkpoint [2011] at the Georgian-Turkey border on the shore of the Black Sea has similar potential. It is the articulation of a very different way of looking at a typical border station, which we conceived not as a separation line between two countries, but rather as a meeting place between two nations and two peoples, and open for many programmatic options to evolve, including a popular summer beach destination.

VB: Speaking of your work you often use such words as potential discoveries, inventive social changes, critique and discourse, patterns, metaphors, and spatial conditions. What other single words would you choose to describe your architecture? 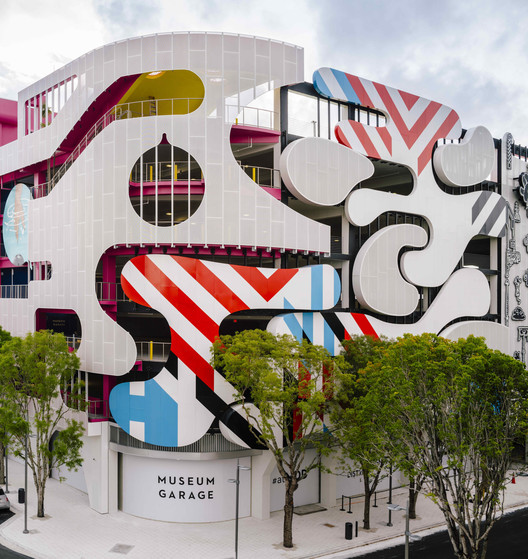