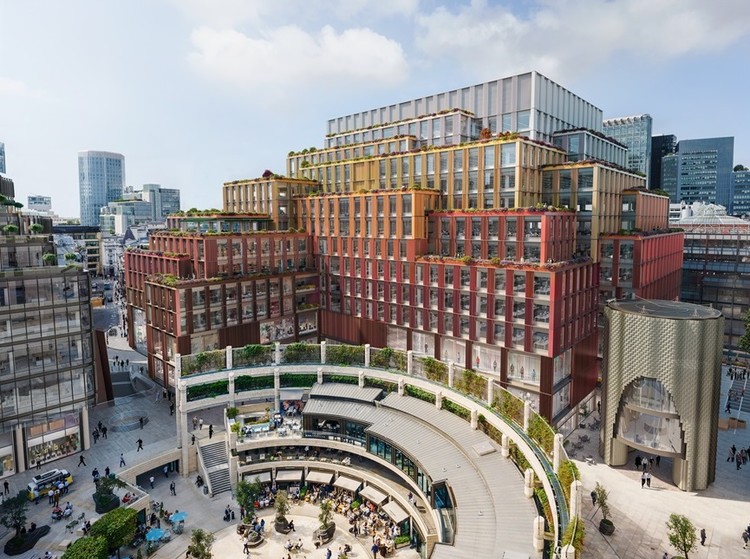 AHMM's colorful development will include a 14-story block of stacked boxes and terraces. Drawing from the "earthy and autumnal colors of the buildings in the surrounding area," the project will include a series of colored metal fins that give the facade definition. The building envelope is developed around a kit of parts that are applied in response to building uses, floor level, orientation and envelope performance requirements. As AHMM have stated, "the building is conceived as a series of stacked volumes. These volumes cascade informally down from the west, where the constraints allow the building to reach its maximum height, to the east, where the height is limited by overshadowing and other constraints."

After the government announced it would turn down a statutory protection for the building, British Land’s application for a Certificate of Immunity was granted by the culture minister. It will be part of the developer’s plan to include the Broadgate site in a larger 1.5 billion dollar regeneration plan. 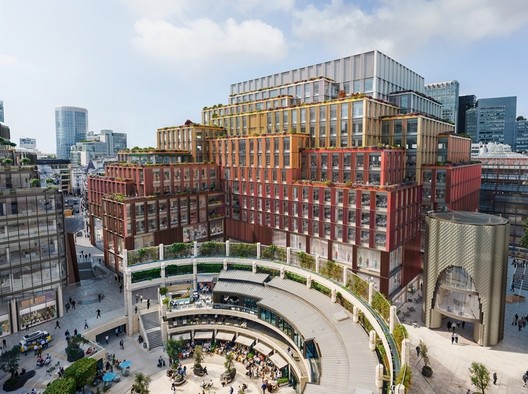