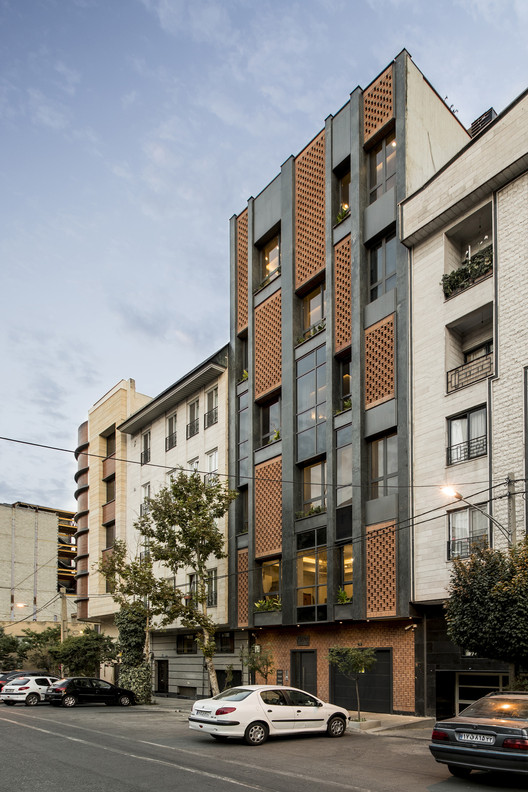 Text description provided by the architects. Since all of the Arghavan complex units are owned by the members of a particular family, the interior design was done using a specific physical plan. These spaces consisted of 4 separate units with 3 units of 170 meters and a duplex unit, a hall for celebrations and parties with storage rooms and facilities in the first basement, and a swimming pool and gym in the -2floor.  In addition to creating an intimate environment, special attention was paid to green space in order to gather together all members of the family.

In regards to the facade design during the design process, paying attention to urban landscape, green space and greenery stretch in the landscape, attention to detail design in an integrated structure, as well as the use of Iranian architectural concepts in the project were considered. Considering the employer's requirements, paying attention to the needs of the residents and providing the necessary spaces, observing the separation of public and private spaces, providing the appropriate dimensions for each space, as well as controlling the light and privacy of living spaces was among the issues that should be considered in the design.

In order to design the façade and to preserve the visibility and perspective, the transparent skin was the basic measure, and then the "FakhroMadin" pattern was used along with the concepts of Iranian architecture, such as creating intimacy, controlling the light and creating the shadow as an element in the interior design. The "FakhroMadin" pattern has been utilized in two sections of empty space with regular geometry. Hence, we tried to maintain this structure, and change the scale of the constituent elements to achieve a new model. The new model can be examined from a macro scale as a projection of the main aspect or from a micro-scale as semitransparent sheets.

Thus the facade is divided into filled and empty sections. In the next step, it uses the FakhroMadin pattern in the full section of the second skin so that it controls the incoming light and shading from the inside out. In the following, by creating flowerboxes in the empty spaces, the greenery of the urban space stretches along the building and finally ended in the green roof of the project. Moreover, in order to coordinate with adjacent buildings, a series of vertical elements in the facades of the neighboring buildings were utilized to frame the facades in the facade, making it possible to coordinate with the urban street view. Finally, while trying to satisfy the employer as the main user of space, it was possible to create equilibrium and interaction between the use of traditional elements and a modern expression on the one hand, and the simplicity and impressionability of the facade interior elements on the other hand. 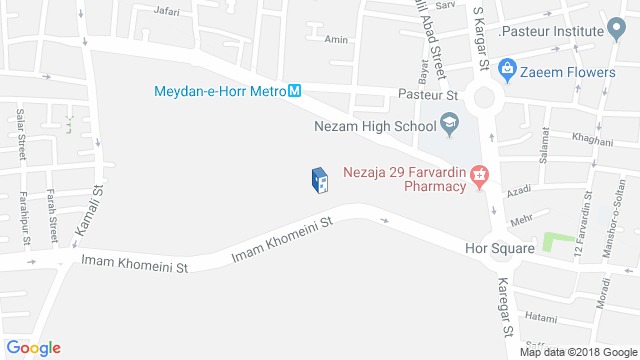 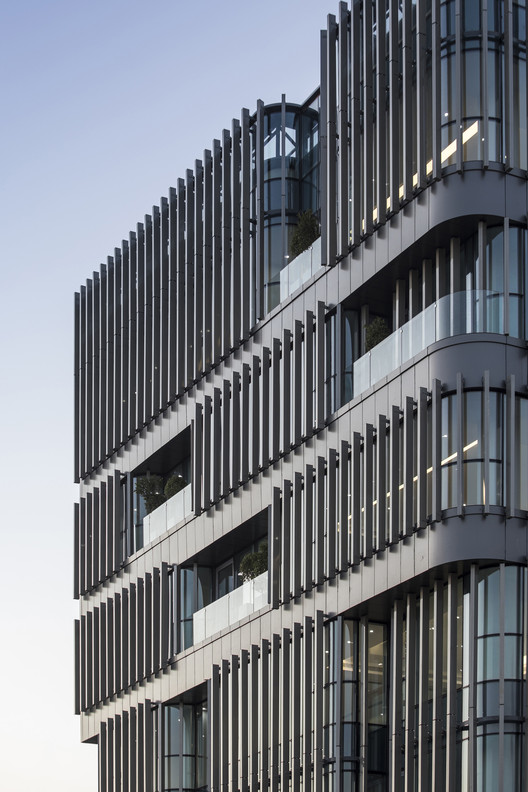