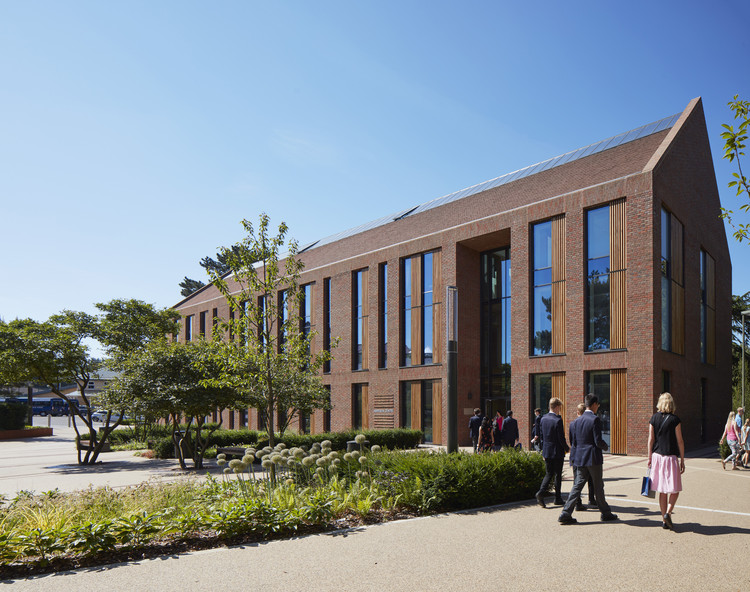 With the generous benefaction and support of the Peter Harrison Foundation, the ‘Harrison Centre’ (a library and sixth form centre) at Reigate Grammar School in Surrey will provide new facilities for the co-ed independent school of about 900 pupils.

Following their competition win in 2013, Walters & Cohen first undertook a masterplan and space audit of the school’s existing facilities, which were spread across two sites. At that time, the small parcel of land between them became available and was the ideal site for the new 1,620m2 library and sixth form centre, funded by the Peter Harrison Foundation.

The new sixth form centre provides a link between the school’s two main areas whilst also serving as the first stage of the broader masterplan, laying the groundwork for future developments.

The red-brick building reflects the materials, massing and pitched-roof typology of the attractive Victorian school estate. Inside, the library has a wonderfully calm atmosphere. Light filters in from the rooflights at the peak of the building, while bookshelves frame large windows that look out across the peaceful old churchyard. The acoustic treatment means that independent learning and small group work can take place side by side without fuss. Comfortable furniture and traditional work spaces on both floors give pupils more choice of how they would like to study.

Provision of flexible, column-free spaces with natural ventilation was a driving principle of the overall design, and so a hybrid solution of concrete and steel was proposed. The use of RC slabs and concrete-encased steel beams has produced an efficient structure to accommodate the large spans desired by the client, whilst allowing the thermal mass of the in-situ concrete to be utilised in providing natural cooling during the day.

The sturdy exposed trusses and sense of openness continue throughout the building, connecting the library with the classrooms and offices either side. On the ground floor, the sixth form centre is a generous, mature space for study, socialising and lunch. Pupils and staff love the building, which has been described as ‘the knot in the bow tie of the school’. 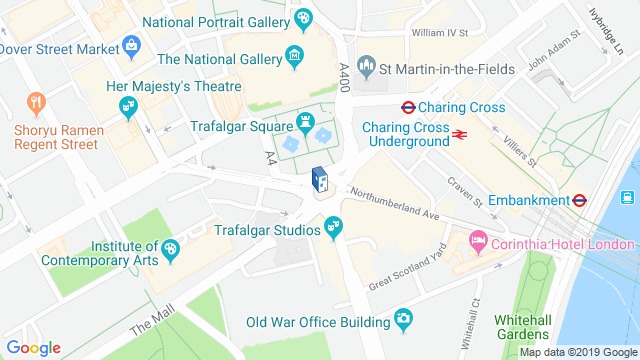 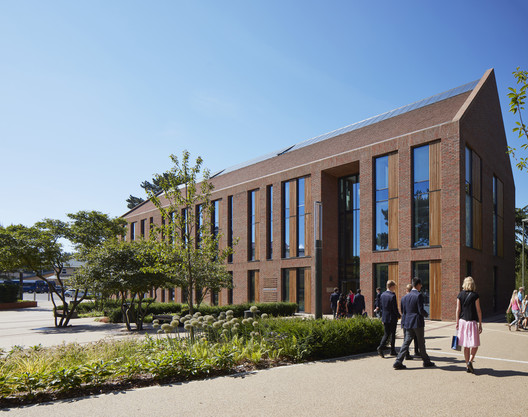