Save
Jallukka House for Musicians / Talli Architecture and Design 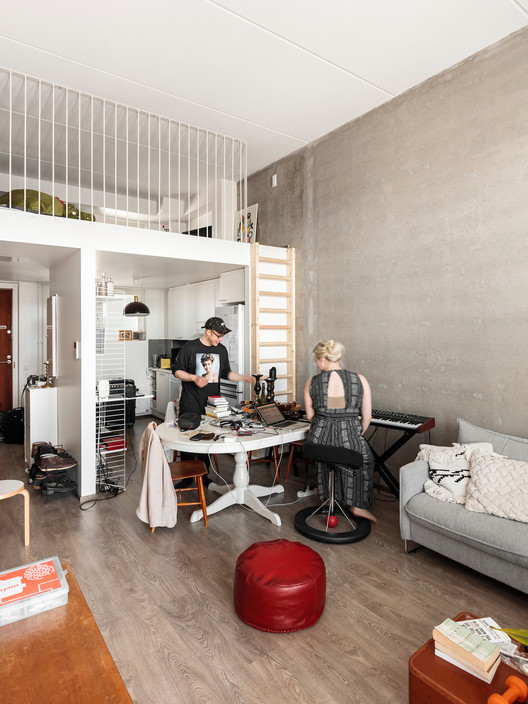 Text description provided by the architects. Helsinki’s Live Music Association ELMU initiated a project to develop affordable rental flats for people in music business – vocalists and musicians as well as technicians and roadies. In 2017 the house called Jallukka was completed in the new Helsinki city district of Jätkäsaari.

The atmosphere of the area – still largely under development – is maritime yet urban. Jallukka is situated in a dense urban fabric off the traffic arteries. In the alley-side corner of the L-shaped building there’s a bar appropriate to a musicians’ house.

The eight-storey building consists of two wings: one with flats for musicians accessed via a gallery and the other is served through a central corridor. The ground floor has two-storey apartments with direct entrances from the street and the courtyard. The sizes of the flats vary from 30 to 75 square metres and each one has a private balcony.

The building has extensive communal spaces and terraces, such as laundry and sauna facilities and club rooms. In the basement there are rehearsal rooms for playing music. The building shares a communal deck-structured courtyard with the other buildings of the urban block. Below the deck there’s a parking garage.

Both the interiors of the apartments as well as the exterior of the building have a strong material sense. For example, the concrete surface of the partitions between the flats is left bare. The choice to use straight-forward materials is partly justified by aiming for reasonable-cost housing. The alley-side facade is of light grey handmade brick whereas the recessed top floors are covered with profiled aluminium sheeting. The musicians’ wing is enveloped in corten steel – bringing to mind the colour of Jaloviina, a Finnish cut brandy often favoured by rockers. 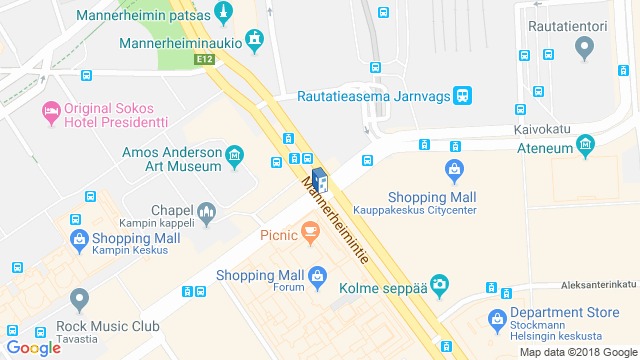