Save
Why is CDMX the 2018 World Design Capital?
Share
Or
Copy 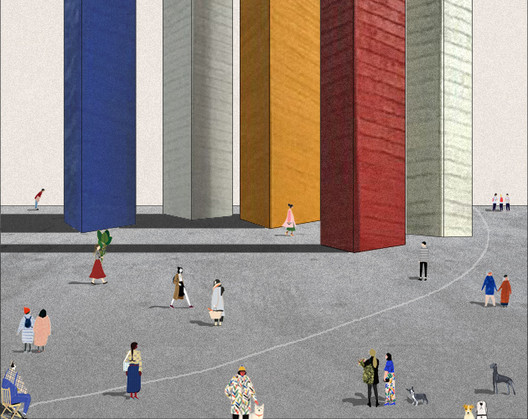 At first sight, when approaching CDMX from the sky, is overwhelming. A sea of buildings indicates an arrival to the fifth most populated capital in the world. The size of the city, makes it difficult to recognize its limits, so it is inevitable to use urban and suburban landmarks such as the Zócalo square (downtown), Tamayo Museum in Chapultepec Park (West), University City, the Frida Kahlo Museum (Coyoacán), and Ciudad Satélite (north exit), to orient yourself.

Located in a strategic geographical position within the traditional routes of design, the city benefits from the connections and close interactions with North America and Europe. Fortunately, these external tendencies are refined within the "local" filter; the vast history and tradition of indigenous Mexican cultures permeate foreign influences making them unique creations, with a marked interest in native materials and working techniques.

Architecture, design, cooking, art, music, among other creative expressions, are exhibited in museums and galleries, as well as in the city itself. Fundación UNAM's records indicate that Mexico City has 170 museums and 43 galleries, offering a wide range of opportunities to exhibit and experience design in the city. Meanwhile, rising gentrification in colonies, such as Doctores, Obrera, Tabacalera, among others, has generated changes in land uses impacting them in both positive and negative ways. Within the good, the architectural rehabilitation of industrial buildings has flourished, introducing mixed programs: housing, services and culture.

The Design Week Mexico team, which has been promoting local design since 2009, asked for government support to apply for the World Design Organization (WDO)'s World Design Capital 2018. CDMX became the sixth city, the first in the Americas, to receive that recognition.

The World Design Capital program promotes and encourages the use of design to enhance the economic, social, cultural and environmental development of the cities of the world. They define themselves as an organization "focused on deepening the experience of inhabiting and transforming the city through exhibitions and cultural events." For which, they guided the call in six thematic axes; inhabitant, public space, environment, mobility, identity, and creative economy.