Bio-Architecture Formosana (BAF) together with Carlo Ratti Associatti have won the international competition for the Southern branch of the Taiwan National Library and Repository in Tainan, Taiwan. With the concept of "Library as a Town", the team created a proposal for a new public building that will accommodate a library, book museum and a joint archives center. Selected among nine competitors, the winning design will be placed in the southern part of Taiwan in the XinYing District. The proposal is made to investigate the role of the library in the future. 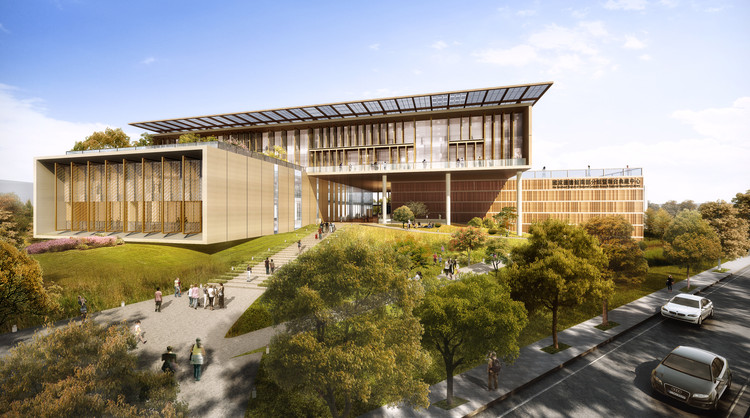 Sited in a town of 80,000 inhabitants and many Tainan City government offices, the project aims to transform a large, undeveloped suburban plot. Hoping to boost urban life and activity in the southern community, the project opens to the surrounding housing, municipal swimming pool and stadium. The library design will include a digital preservation center that will act as a pioneer library in providing preservation service for academic digital materials in Taiwan. The center is designed to enhance Taiwan's competitiveness in an era of knowledge economy.

Moving from the idea of a library as a monument to accessible, fluid knowledge sharing, BAF and CRA propose an open, transparent learning environment as a less formal and interactive hub. The event hall, museum and repository are linked through the main axis to build connection between the site and the city. Three main ideas drive the concept: integration with nature, the openness of learning and the “museumization” of the library.

Massing was created with the utmost consideration on keeping ecological diversity and integrating with nature, with 90% of the trees on site being preserved. Responding to open source data sharing and digital networking, the library is designed to be an open learning platform to promote collaboration. In turn, the project rethinks the idea of a book museum by redefining the entire museum. Showcasing the Book-bot (ASRS- automated storage and retrieval system), visitors will follow a museum loop to see “behind-the-scenes” of book restoration, preservation and digitization.

The National Library is expected to open to the public in 2023. 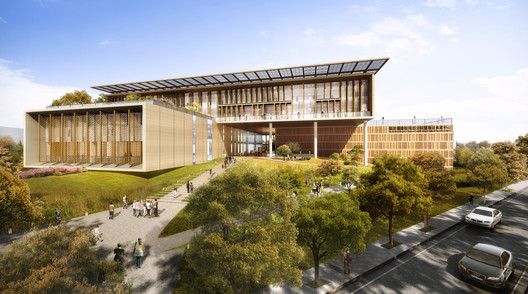