Save
UR Shanghai Flagship Store / DOMANI 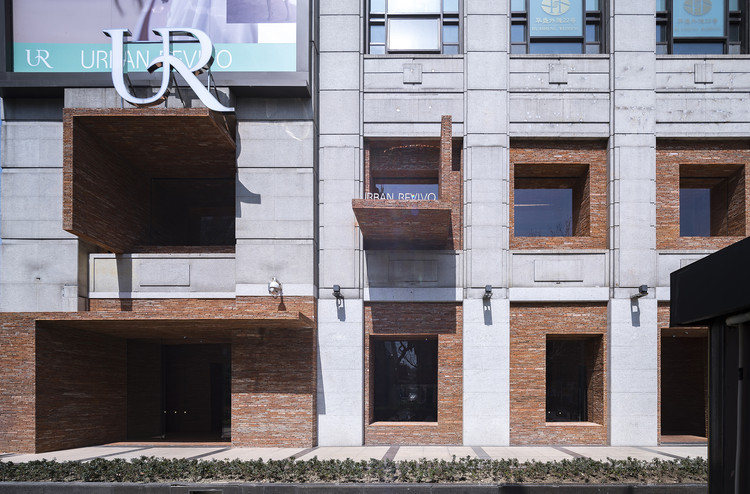 Text description provided by the architects. UR Shanghai flagship store is located in the left of Huashi Plaza, Huaihai Road, Shanghai. In 2016, DOMANI Architectural concepts Dongcang Construction was entrusted by UR Group to renovate this store, This is the first bath of stores of UR China and it is very Important for the group. Prior to that, UR Store have been operating for five years and making good profit. Benefiting from this year's boom in Commerce on Huaihai Road, the government also intends to turn the street into China's first commercial street, the core section of which is the Huashi Square where UR is located.

The renovation is just a matter of timing.
Huaihai Road is a commercial specimen street. The bustling lanes are densely populated on both sides of the street, and the side of the road has lush green. It has different effects on the building surface in different seasons. In the process of site researching and designing with a relatively complex neighborhood environment, the designer observed that different neighborhood buildings have different effects on the main body of the program. Although it is located in the core section, but it faces extremely strict municipal management conditions.

In all aspects of the project, there is a huge controversy about the level of renovation of the Decorativeism square building set in the 1980s: on the one hand, the government hopes to preserve the style and original appearance of the building and balance with current demand of business. On the other hand, Property owners and Commercial Lessee (UR) also have different considerations and demands for external walls and environmental transformation. As a matter of fact, the problem of the renovation of the old building obviously does not come from the theoretical and conceptual aspects, it actually stacks from the various event roles and the specific interests of different stakeholders. Which bear the designer in a difficult role.

In mid-2017, the designer obtained accurate design conditions after weighing by all parties, that is, the scope of the appearance can be limited to the original building window contour.

The starting point of commercial design necessarily curing condition based on setting clear design goals in addition to solve problems, and more important have vision to introduce potential questions. In this project, the designer is faced with a rather interesting shackle: the need to integrate into the social context of harmony, but also to complete the business context of the jump; both need to maintain a respect for capital and business performance, but also need to practice Shanghai, a multicultural city under the influence of a composite culture and its current target audience (young people), has a sensible reading of fashion-oriented commercial brands and an effective brand impression.

Discard old red brick as the main material of the set is not achieved overnight, after building surfaces or windows with varying degrees of gestures set, a simple form cannot state the depth we need to build in a complex environment, and the essential energy of materials in architecture goes far beyond form.

Shanghai has a rich history of architectural forms. During the browsing of the surrounding neighborhoods on the map, we found that the top of the buildings showed a uniform brick red. This is the trace of the architectural style of the early 1980s. At the same time, due to the rich history of bricks and tiles in the Suhuhuai area, the designer visited old brick factories which aren’t many left in the area and found pure and rich material temperament is found in this historical general masonry building material which is now limited to decorative materials.

Back to the question design range of the building surface, when the appearance has established limitations, it seems that the appearance of the retreat exterior is an inspired passage. In addition to establishing a gray space to drain the crowds, a functionally ambiguous space will be the best place to account for brand positions and attitudes. Fortunately, the designer's point of view is absolutely supported by the UR. In an inch-land business environment, a two-storey space consumed three meters from the retreat of the building's interior walls to carry fine art themes is a business decision that requires vision.

We created a “Canyon”
The “canyon” is an interface that provides an abstract and intermittent segment in a straightforward business torrent. In this free moment, designers want to show is a exclamation point and a question mark. The fish-belt wall wings on both sides make the light reflect here complexly. The light entering the canyon through the rectangular window hole is softened by the curved wall, and the rough texture of the old red brick forms a visual impression between the projection and the mechanism.

After considering the method and proportion of the old traditional red bricks, we chose the combination of two and four “cut” in the traditional brick process. The skinning mechanism is formed by retreating the masonry joints to strengthen the texture.

The processing and implementation of the large-area brick caulking ablation is entirely due to the caulking tool used by the old craftsmen.

The original art installation ‘Ruins’ presented in the building is another story worthy of depiction in the creation of this project. It uses the products provided by UR as the basic material and is created by the art exhibition design brand A&V. The ruins in its creative context have attracted countless shots and attention as symbolic works of fashion.

The rebellious and questioning it describes is precisely the core value that designers consider fashion. The rectangular window hole of the original building facade is projected into the window of the inner side of the canyon, and the symbolic change from the traditional geometry to the deconstructed geometry is a metaphor for the change of the aesthetic symbol in the design context.

The interior space of the UR flagship store is based on 25% gray tone as the base, forming a comparison with the rhythm of the 'canyon' interval space, to have contrast with the rhythm of the space in the 'canyon' section and also focused on the shelf props modulus that is decomposed by the modulus between the columns of the building to form a circulation flow. The metal curtain on the top maintains the original building with the highest degree of spatial height and the ability to properly block the original fixed pipeline through the pedestrian’s eye level..

In the column net design of the 1980s, the designer was unable to find a sufficient scale in the narrow beam network to erect the stairs to the second floor. At the same time, it is subject to construction conditions and cannot carry out any structural transformation of the original building. Thus, the physical width of only one meter and five makes the step ladder the biggest difficulty in the design of interior space. The designer sets up the psychological scale of the step ladder by means of visual illusion, and the steel extension structure widens the starting position of the step ladder to two meters.

The seven-meter-diameter moon is located on the main wall of the store, which is the flank of the diversion step ladder. Such as the inexplicable juvenile dream, or the intentional symbol of the reality. This is another exciting space after the “canyon”. It is currently the largest printed moon in the country. It also guidance efficient passenger flow guidance for second-floor commercial space. 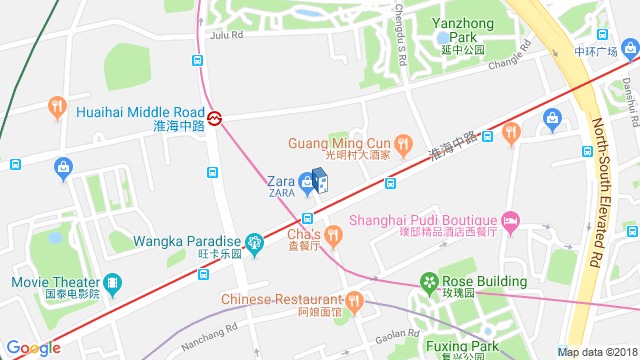 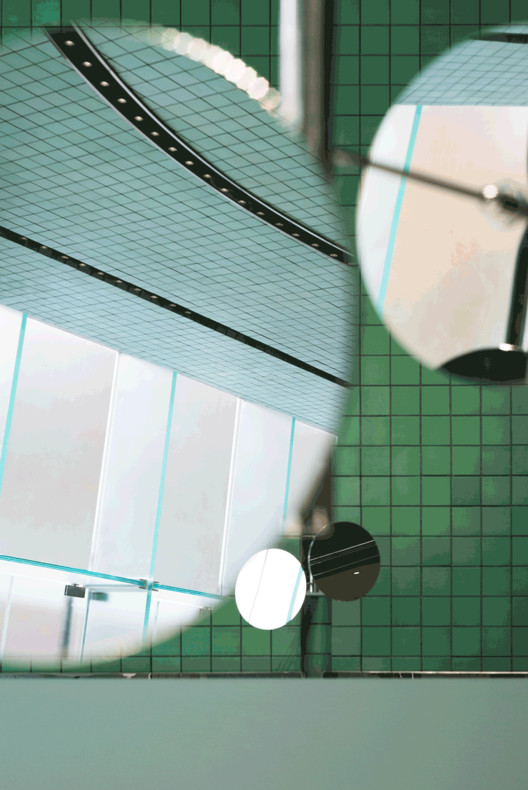 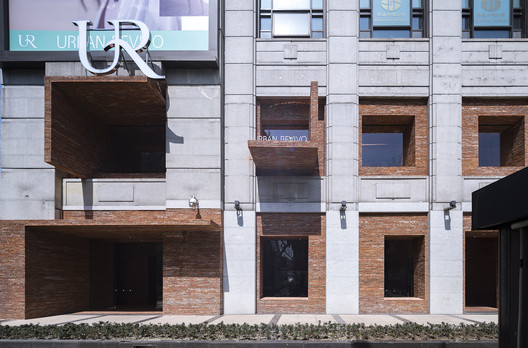