In a creative scene that is already bursting with talent and innovation, Atelier Deshaus' works in China stand out. Their projects, often renovations of existing spaces, do not follow particular rules of style set by others or even themselves. Yet they are united  in their subtle and enigmatic take on the experience of space in the ever-changing urban environments in China. 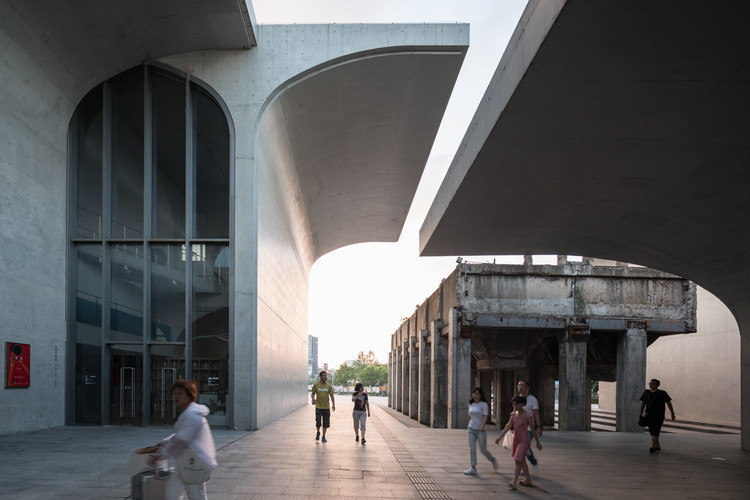 From the architect: In retrospect, the design of the Modern Art Gallery is a risky endeavor. Industrial civilization acts as a vital part of Shanghai’s own modernity development. With the renewal of urban functions in the post-industrial age, many industrial buildings are facing the destiny of being demolished or transformed in some way, which becomes a meaningful topic.

From the architect: Long Museum West Bund is located at the bank of Huangpu River, Xuhui District, Shanghai Municipality, the site of which was used as the wharf for coal transportation. Before the commencement of the design, a Coal-Hopper-Unloading-Bridge of about 110m in length, 10m in width and 8m in height, which was constructed in the 1950s, is remained with a two-storey underground parking completed as early as two years ago.

The Minsheng Dock SIlo is an active - and unusual - approach to spatial reuse in a country often more interested in building for the future than drawing on their past. An escalator on the outside of the structure (a sly nod to the Centre Pompidou) allows visitors to travel to the interior space while also experiencing the majesty of the surroundings. While the silos, originally part of the surrounding docks, are no longer in use, the preservation of the space allows visitors a glimpse into the structure and area's past. 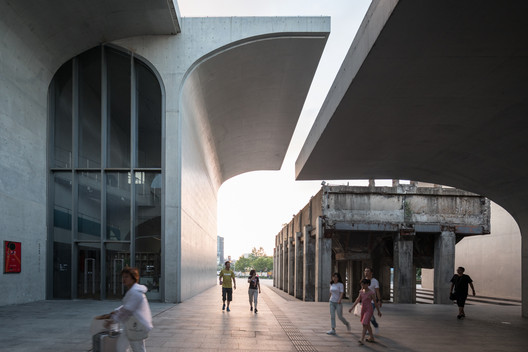