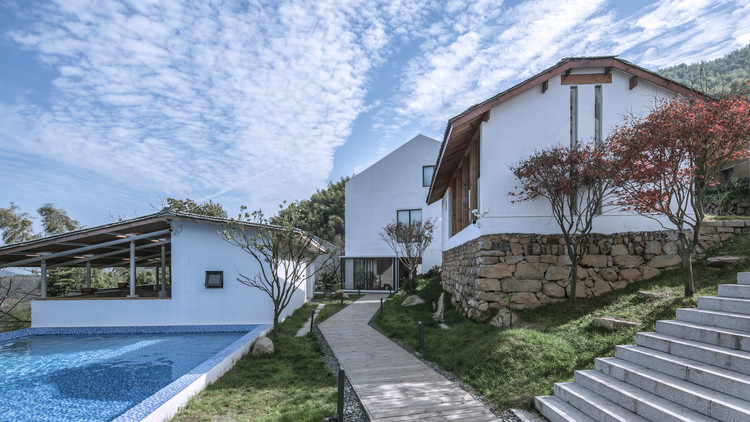 The Degree of Cold and Warmth
The "cold and warm degree" of an architectural space can be divided into the physical level and the phenomenon level.

Physically speaking, it’s meaningless to discuss the temperature of a building as it is equivalent to the temperature of the environment. But by the sense of touch, the thermal conductivity and texture of the material, the subjective feelings of "cold" and "warm" are produced, thus forming a common subconscious temperature perception of a particular material. Therefore, even if there is no direct contact with the building, only from the visual, sense of its temperature has emerged. This perception of warmth and cold of the material itself is its physical temperature.

On the other hand, there are structural questions as how to support and cover, for any kind of material in the process of shaping the space. Limited by the size of the materials during transportation and processing, architects will be faced with a basic mechanical question: how materials connect with each other?

When we perceive the stillness of Parthenon and the lukewarm gravity of Fo Guang temple, we perceive these feelings through their conjunctions of materials. They both achieve the shaping of space temperature by means of materials and rods cooperating with each other. This is the phenomenon level of "temperature".

The building materials are taken from nature and formed by the forces of nature. The way of combination and intersection implies the force of human labor, the proportion implies the energy of the material mechanics, and the light realizes the solidification of space. In modern architecture, the structure is often hidden passively into walls and slabs, but the structure itself is precisely a delicate connection between natural forces and manpower.

Warm Structure
Warm pavilions are made from the most common wood, which gives people a sense of warmth and it is a material that natural forces accumulate over time. The Chinese accumulated a great deal of woodwork techniques and developed them into a rich cultural system. Although viewed from modern mathematics and physics, the structural efficiency of the materials is unsatisfactory, the traditional Chinese wood construction system contains very high aesthetic and artistic value.

Large natural materials are difficult to obtain therefore building large houses with limited small materials is a practical problem that cannot be avoided. In most parts of southern China, “ChuanDou” Style of roof trusses is a simple and effective solution. The materials are arranged densely, and the columns and beams are directly exposed in the space. After several generations of development, the so-called “wood structure culture”we have today has led us to believe in the power of “wood gravity”.

Wood structure, beams and columns are not independent, they often appear in combination forming a sense of collectivity. The overwhelming number of wood material often demonstrates the strength of manpower, or even rises to the concept of cultural hierarchy (Dougong). This accumulation of wood often appears in places where you cannot reach, and it has been far beyond the rational significance of structural support. The ancients often used this kind of pole to express power or financial resources, while the literati often used the change of the bar to express a certain aesthetic sentiment.

Warm Pavilion, with a most simplified way of conjunction, orthogonal connecting and several conversions, stands there as an example of transferring plane structure system into sloping roof purlin rafter system. The entire wood pole piece, without anyextra decorative structure, is consistent with what contemporary architecture pursuits in terms of structure.

Because of the superposition of the structure, the wood beams present the feeling of collectivity. Shed by the light through the sky windows, the entire space is as warm as the summer air.

Scattered column type, when seen in plan, shows the characteristics like “crossing roads”with its bidirectional nature. Therefore four-column-layout has a stable effect, and scattered-columns layout blurred the proportion relationship of columns. By changing the number of columns from one to four, the visual effect of the structure in space is enhanced.

Cold Structure
Unlike the warmth of wood, "metal”feels cold. From the pillars of the machinery pavilion at the Paris World Expo to the pillars of the Berlin Art Museum, metal, with its powerful mechanical properties, has changed the rule created by wood and bricks that greater the number, stronger the structure.

Metal materials are used to produce a great deal of marvelous forms of structure, but the metal often creates a cold atmosphere, forming force of alienation. If the warm structure shows a gravitational relationship, the cold structure shows a sense of estrangement.

Cold pavilion uses steel structure; whose materials are most easily available in the market. It is hoped that the beams, columns and slabs will retain a force of alienation, and even the two middle columns will directly penetrate through the floor to support the roof, so that the columns will have no overlap with the floor, resulting in some kind of separation. What's more, the pillars come out through the surface of the water, forming the same force of alienation even from the invisible thing like water.

In the cold pavilion, the structure stands in the icy air, and the eaves are separated from the base in the form of a kind of gondola column, strengthening this force of alienation. In the entire space, the hidden power of the “cold”is filled within everywhere by battles between gravity and human force.

Cold and warmth, is not only physical properties but also a perception towards the overall surroundings. Its not measured by the temperature but felt by the spirit and rhyme within the space. 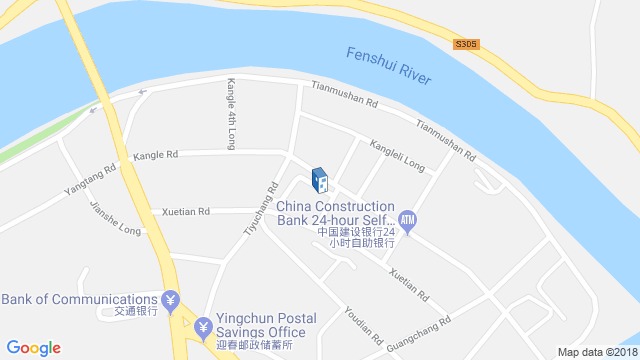 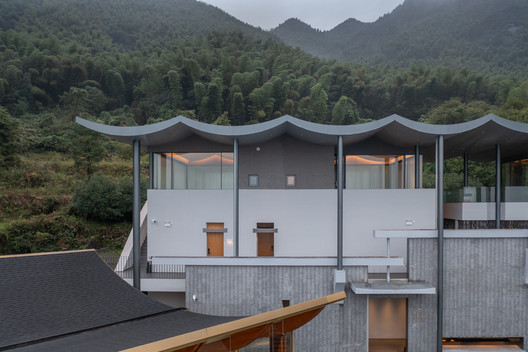 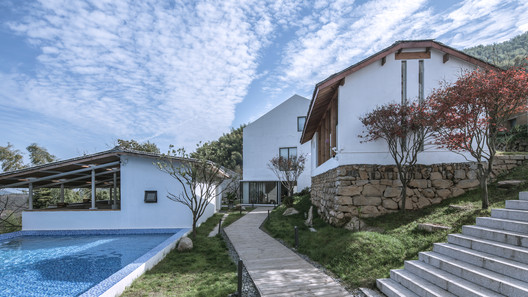