Save
Can Picafort / TEd’A arquitectes 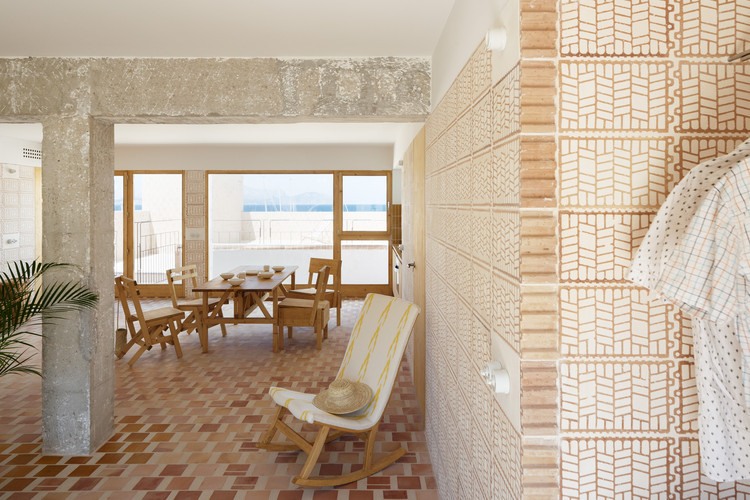 Text description provided by the architects. The intervention consists of the interior reform of an existing building, to transform it into some small tourist apartments. In a passing plot, placed in front of the sea, we find a two-volume construction: one of ground floor plus one, which looks towards the sea and that is accompanied by a ground floor porch; and another one of ground floor plus two, which looks at the back street. This two-volume form, therefore, is a staggered building in descending sense towards the sea.

In an initial state, both the accesses and stairs, as well as the distributions were appearing chaotically untidy. All the effort of the project centers on opening the space in a longitudinal way, so that is possible to visually connect the sea and the back street. The strategy consists in arranging and condensing all the services against the party walls. Stairs, closets, kitchens, and bathrooms line up and accumulate against these walls. So the services appear as thick party walls.

The materials with which one responds tend to the imperfection of handmade things... or should we have said perfection? The clay as a humble and usual material. A range of different pieces gives a precise response to the different constructive needs. The “Termoarcilla”, placed on edge, shows its condition: it’s not a bearing wall, nor an acoustic one. “Termoarcilla” modulates, characterizes and dresses in a simpering manner, the main space.

The tile covers, sometimes the pavement, with a very wide joint, sometimes the walls, with a narrower joint. The glazed tile sometimes also protects the water surfaces. In some points, the tile protects of the oxide coming from the iron rails. The residue of crushed “colombrins” can be used as clay gravel. And a long etcetera. Due to the accumulation of small and different pieces, as well as the slight changes in the tone of the clay, we think that the materialization reduces the scale and manages to define a more domestic and human space. 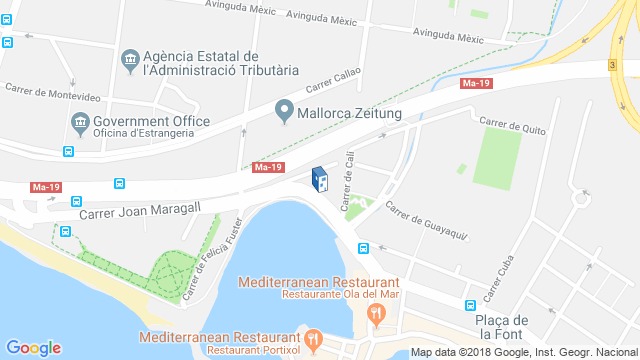 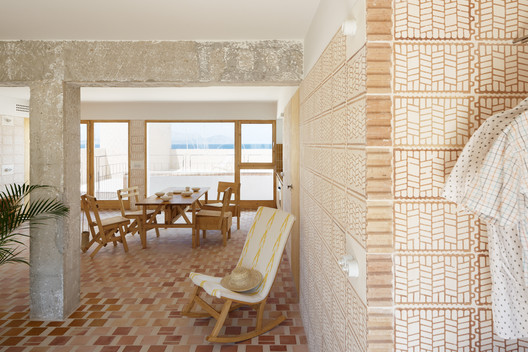