It is so refreshing to hear the words: “We do everything differently. We think differently. We are still not a part of any system or any group.” In the following excerpt of my recent conversation with Liz Diller and Ric Scofidio at their busy New York studio we discussed conventions that so many architects accept and embrace, and how to tear them apart in order to reinvent architecture yet again. In New York the founding partners of Diller, Scofidio + Renfro have shown us exactly that with their popular High Line park, original redevelopment of the Lincoln Center, sculpture-like Columbia University Medical Center in Washington Heights, and The Shed with its movable “turtle shell” that’s taking shape in the Hudson Yards to address the evolving needs of artists because what art will look like in the future is an open question. 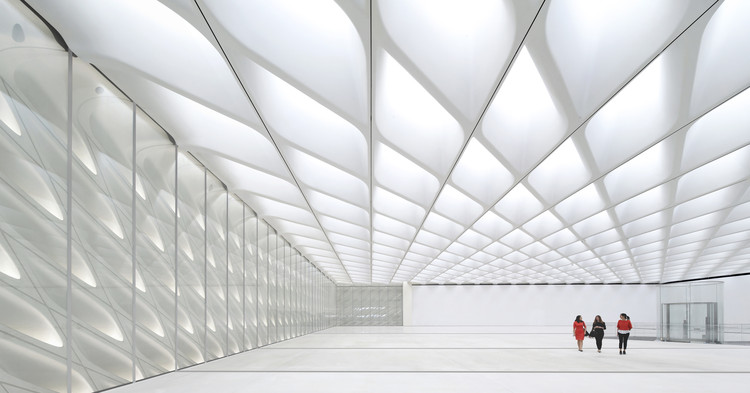 Vladimir Belogolovsky: You often use the phrase, “politics of space.” What does it mean to you?

Liz Diller: It means that space is never neutral. It is rather culturally coded, and it is never the same in different places. There are many nuances such as the relationship between what is public and private or even degrees of privacy and shades of behavior.

Ric Scofidio: Space comes loaded with history and it is unfortunate that so often we start our education in architecture by eliminating everything – light, sound, smell, etc. We start with clean tabula rasa to immediately engage students and click their own imagination. But we need to think about space as already loaded with so many meanings. One of the most critical loads of space is its political nature.

VB: Speaking of your own work, how much do you try to engage with each project’s specific set of issues and how much do you bring what you already know from your previous experience?

RS: My criticism is that so many architects too quickly fall into accepting certain organizational rules on constructing space without question. For example, take an artist’s loft space – it challenges how one could live! So, for me it is always important to look at things that we don’t know enough about.

LD: Ever since we started our practice, we were most interested in examining the rules of the everyday from domesticity to public/private to technology. That agenda continues. We are always questioning the status quo and what is inherited. At the same time, every project presents a new opportunity to experiment and go in a slightly different direction. Many of our projects, even the ones that have similar programs such as museums in Boston and LA are entirely different solutions.

LD: Well, it is about selectively playing by the rules and in a way, producing a space between us and the system. So basically, we make everything up. We try not to submit to the forces of the expected strategies. We now work for some of the institutions that have grown just as we have grown. We may seem to be aligned with them and are part of the establishment, but we still manage to play by our own rules. Because we were once outsiders, we do everything differently. We think differently. We are still not a part of any system or any group.

RS: We try to avoid labels and we don’t take professional boundaries seriously. That’s what allows us to continue to question and critique everything we do. We are neither architects doing art nor artists doing architecture. We are in a field that allows us to do a great deal of exploration and to not take advantage of that would be very sad. Was Michelangelo an artist or an architect? It was more acceptable in the past to be a generalist, but there appears to be a shift towards specialists. We try to resist that, and we are involved in all aspects of our work.

VB: How would you explain what you do as architects, to someone who never experienced truly uncompromising contemporary architecture and knows nothing about it?

RS: Well, I think we would be in trouble…

RS: Because we wouldn’t be able to point to a particular detail and say – we did this because so and so. But I do hope there is a certain dialogue that’s already established.

VB: Do you mean your architecture does not need any explanation?

RS: Well, it is like an onion. The first layer is on the surface and if some academic wants to get deeper there are many more layers to be discovered.

LD: Still, let’s try to explain our work in simple terms… The speed of change is now faster than it has ever been. Everything is being rethought; technology is changing our lives in every way. Yet, architecture hasn’t really kept up with these changes. So, in our projects we critique architecture’s relevance to the world that it is a part of. That’s why so many conventions of our discipline have to be shaken up.

Look at the High Line project – formulated around the idea to create a space for doing nothing! It is so foreign for New York, even exotic. You can’t do anything there – you can’t throw a ball, ride a bicycle, bring your dog…Is the High Line model’s viral success due in large part to the fact that we questioned the convention of traditional public space?

RS: The High Line is also about understanding your relation to the city. Typically, you get out of the subway and you don’t know where North or South is. You are pressed against the buildings and run like a mouse along the baseboard. But on the High Line, you can always orient yourself. You are walking over the center of streets, which is so uplifting and special.

VB: What are the intentions of your work?

RS: Also, we try to be very critical of all the issues at hand and explore how architecture can define them. We get passionate about ideas and then try to find solutions that sometimes lead to inventing new technologies and programs.

VB: You said, “We like to flirt with landscape and we like landscape to perform to produce new effects.” I find this in direct relation to your 2008 Dancing Trees project at Liverpool Biennial. Why did you want the trees to dance in the first place?

LD: [Laughs.] Why not? Trees should dance!

VB: Was this a temporary installation or are they still dancing?

RS: It was conceived as temporary, but everyone fell in love with this installation and they kept it. So, they are still dancing. We had been playing with the idea of trees that would get up and walk for years. There is a field of 16 trees; three of them are dancing. So, you would look at this field and suddenly there would be this movement. The idea goes back to the folk tales by the Grimm Brothers, in which trees go out at night and knock at your windows. Trees can be both beautiful and scary. We are fascinated with unnatural nature.

LD: Also, trees communicate very slowly, and the idea was to accelerate this slowness. On the other hand, imagine you love a part of a landscape where the tree casts a shadow in a particular way. But the sun is moving, and the shadow is moving. So why not move the tree so the shadow remains in place? If the sun moves, why should the trees not move?

RS: By the way, the trees love this because they get sun on all sides continuously. And people love it too.

LD: The idea of nature is fascinating. The belief that something is natural is such an old-fashioned idea. It doesn’t really exist anymore. Is anything natural? What can be stranger than to grow grass and trees on the High Line? And look how this strange urban nature is perfectly accepted now. Where do you draw the line between what is constructed and what is natural?

RS: I find that problem-solving alone can become so pragmatic and deadly for architecture because it should be all about questioning. And maybe the first question to ask should be whether the problem at hand should be solved at all or is it enough? To me problem-solving is too limiting and not interesting. Architecture was never just about that.

VB: Alvaro Siza recently told me, “I don’t solve problems. I go around them.”

LD: [Laughs.] Making problems is more fun; solving problems is too easy. Every time we are handed a program we tear it apart and we continuously ask new questions. Nothing is fixed.

RS: Aiming to solve problems means you already know what they are. But we like to explore new territories. This means that some things get resolved properly and some things remain questionable. This produces a richer vocabulary for architecture.

VB: Here are some of the themes that you explore: technology, vision, publicness/privateness, the everyday, domesticity, the behavior of things, mediated world, interference, engineered vision, surveillance, theatricality, turning views on and off, liveness, normalcy. How else would you describe your work with a single word?

RS: And I would remove all labels! 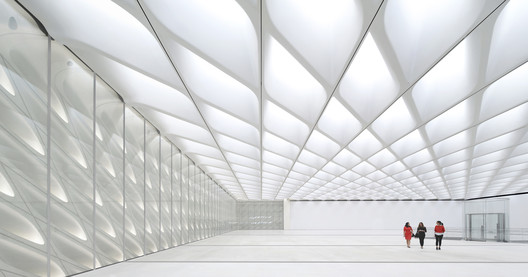