Work has started on Stefano Boeri Architetti's multifunctional building Blloku Cube, the first element of a larger masterplan in Tirana. Located at the intersection of Pjeter Bogdani and Vaso Pasha streets, the project is sited in a up-and-coming center of city life in Blloku district. Taking cues from the Albanese capital, the design combines a multifunctional program of commercial, office and rooftop garden space. The project features an anodized aluminum double-skin cladding, a pattern facade that becomes a signature piece of architecture within the surrounding post-communist developments. 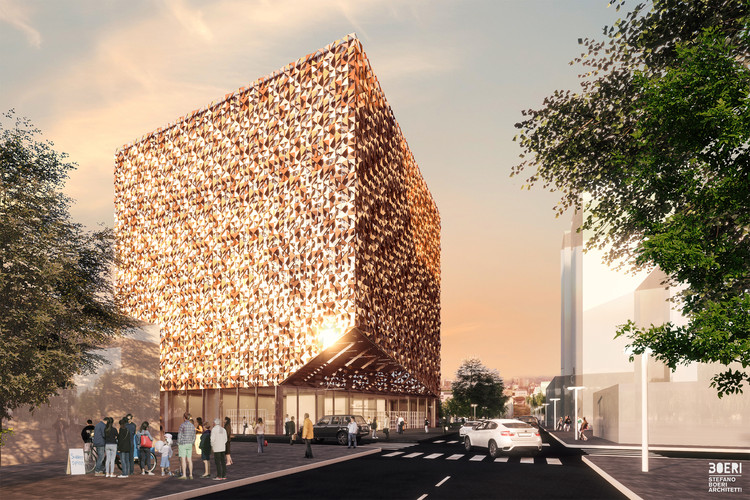 Blloku Cube's envelope is made of a triangualar pattern oriented to reflect the light. Specified to make the cladding seemingly iridescent, the envelope doubles as an efficient shading system to improve energy efficiency. Francesca Cesa Bianchi, project director for Stefano Boeri Architetti, has stated that the cladding solution "was specifically designed for our first Albanian project, plays an essential role in defining the uniqueness of the building and contributes to underlining its importance as a new landmark of this urban district. The shielding system consists of 110 centimeter square modules, which only obscure the light for half of their surface owing to the presence of three dimensional triangles welded inside."

The Blloku Cube is being managed by the Tirana branch of Stefano Boeri Architetti. Already under construction, the project first began to emerge in the Blloku district during July 2018. 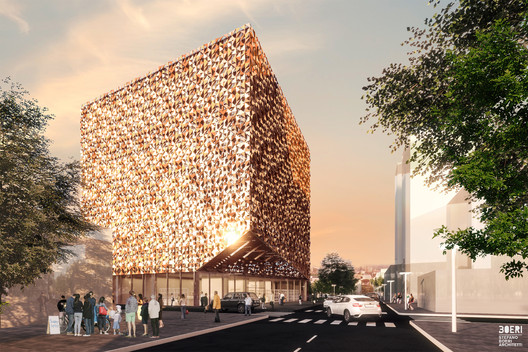