Experimental design practice Studio INI's has designed a kinetic installation to represent this year's Greek Pavilion for the 2018 London Design Biennale. Entitled ΑΝΥΠΑΚΟΗ (Disobedience), the installation responds to the Biennale theme of Emotional States. Selected for the central courtyard exhibit, the design is comprised of a 17 meter-long wall constructed from a steel spring skeleton built up with recycled plastic which flexes, morphs and breathes around the human body. 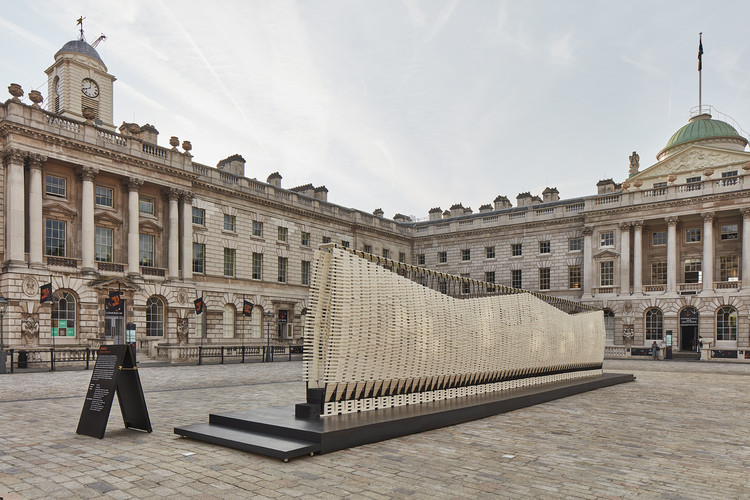 In its second iteration, the London Design Biennale began September 4 under the theme ‘emotional states’ and will run until September 23. After the 2016 inaugural launch, the event has expanded to include 40 countries, cities and territories. Taking over Somerset House, including the Edmond J. Safra Fountain Court and River Terrace, the event explores ideas ranging from social equality and pollution to migration and cities. ΑΝΥΠΑΚΟΗ allows visitors to transgress through a mechanical boundary, and as they tread, experience the skin of the wall transforming in response.

The concept of ΑΝΥΠΑΚΟΗ has been used throughout history to describe the Greek temperament, with explorations of disobedience dating back to Ancient Greece and its internationally influential mythology. Nassia Inglessis, Founder of Studio INI, comments: “We believe that creative disobedience has the ability to break barriers, open borders and reconstruct a space for something better. Our design explores the duality in the nature of disobedience. How can we design to evoke or experience disobedience yet harness its constructive potential?”

In the spirit of disobedience, the installation changes interactions with the physical environment, challenging a perception of architecture as something static, or emotionally inert. It encourages visitors to imagine a world in which buildings, boundaries and walkways morph and adapt in response to human intent, shedding light on a potential future for cities. The public are invited to participate in a mood of creative disobedience by transitioning from an obedient spectator to a disobedient actor, physically passing through (or ‘in between’) the wall along an undulating walkway. Emotions such as curiosity, ambivalence, frustration, temptation, excitement and wonder are amplified, as visitors experience the feeling of passing in between a boundary and uniquely impacting its shape.

Find out more about the project and the design team on the London Design Biennale website. 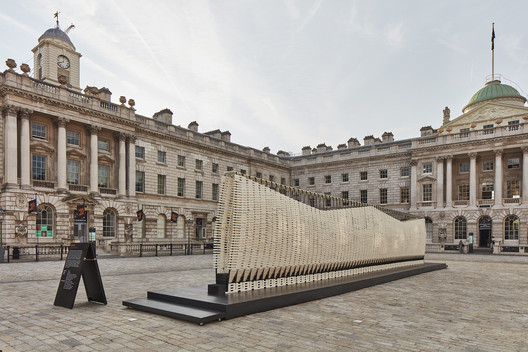