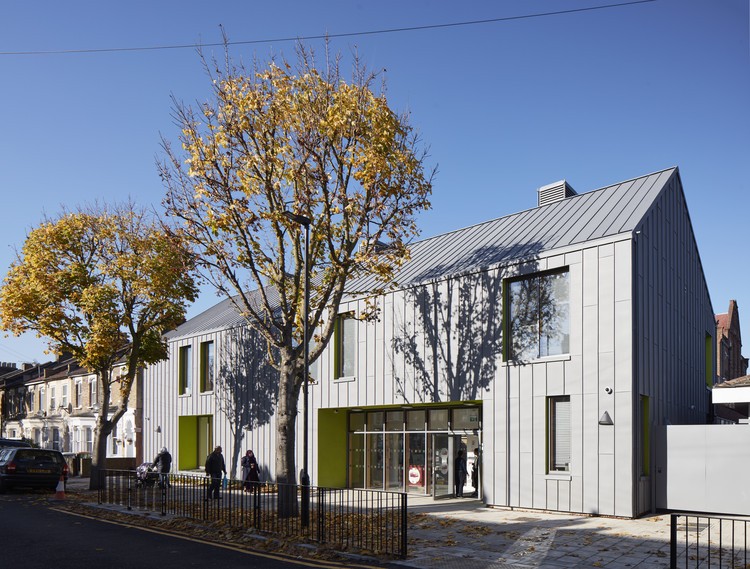 Text description provided by the architects. Sandringham Primary School is a four-form-entry school with approximately 1000 pupils and 135 staff in Newham, east London. In 2014 Walters & Cohen was asked to undertake a feasibility study for the school. Following an increase in pupil numbers, the school had assumed the brief would provide two or three extra classrooms and early years facilities. Walters & Cohen's feasibility study extended and improved this.

Having demonstrated that the existing teaching building was working well, we instead proposed that the new building, Sandringham Central, accommodate the specialist nursery, pre-school and art spaces the school lacked. The new building replaces the old nursery, which was tucked away with its back to the street and the local residents it served. Sandringham Central is a friendly building that fits in with the scale of neighboring houses.

The design has given the school a new presence on Henderson Road; the improved street frontage formalizes a spacious, accessible entrance and waiting area, while the zinc cladding, lime-green window reveals and glazing at ground floor level make the school welcoming and visible in its community. The building also becomes the secure line, giving back what would have been the front garden to the pavement and reinstating the rhythm of terraced row. On the ground floor, the L-shaped nursery and pre-school accommodation have large sliding doors that can be opened completely to enhance the relationship between indoors and out.

They spill out to covered and open-air spaces for outdoor learning and play, something the nursery was very keen to offer. The school’s older pupils access the first-floor classrooms up an external amphitheater stair that links the Victorian main school building with generous art, music and drama rooms that belie the domestic scale of the new building. Long rooflights flood these classrooms with light, and the children love the timber-lined music and dance spaces, and pitch-roofed form. 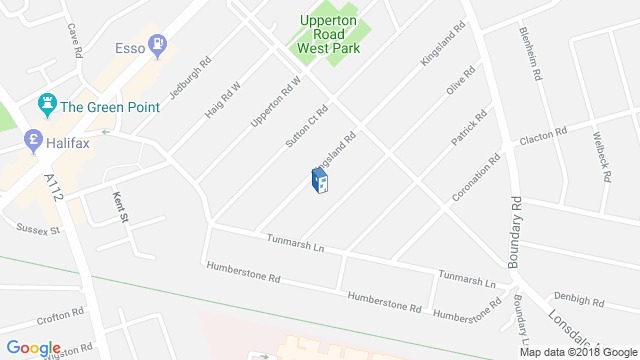