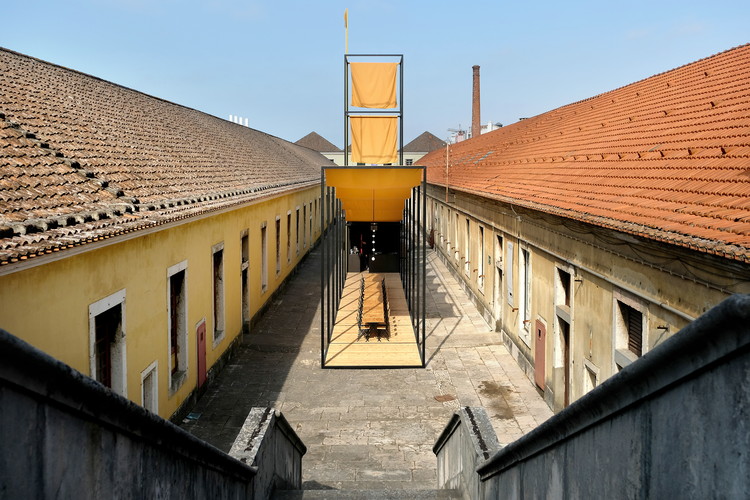 Text description provided by the architects. The temporary pavilion VIATICUS, arises as a response to its placement, on the western patio of the Cordoaria Nacional building, and it’s simultaneously a reaction to its cultural context, since its condition and purpose is to host ARCO visitors, one of the world’s most relevant art fairs.

The option considered the possibility of an architectural proposal which would enable to conceptually invert the typological character of the patio and exploring the way it relates with the city. The idea of a patio, remits us to a typology which is in essence, introspective and self-contained. On another hand, a tower expresses its verticality with the intention to be seen, to mark, an element which manifests itself simultaneously, both inside and out.

A structure is proposed. Or it should be said, “A superstructure is proposed“. A unique system that is able to condense (conciliate) and integrate three distinct scales: the public scale, where people share, eat and rest; the monument scale, where the event announces itself to the city; and the domestic scale, where the backstage and the working areas ensure the event’s success. The tower, works as the element that binds and conciliates these three scales and functions: this turn out to be the moment where public and employees interact, amongst themselves and with verticality of the space, which is elongated by a bespoke art piece, a golden trim, created by Carlos Nogueira.

The scheme is planned with a longitudinal structure, and a proportion of 1:10 (3 metres wide by 30 metres long) which accentuates the 1:20 proportion of the existing patio. The dialect generated in-between the patio’s typology and the tower, could lead us to believe that this established relation is done through an antagonist and opposing perspective, rather provocative and unexpected. Although, the design’s basic rules come from an intimate understanding of the existing building, where the composition of these virtual cubes with 3x3x3m are given by the 1.5x1.5x1.5m metric that state a principle on the existing building’s elevation. Also, these 3 metres establish a direct dialog with the width of the existing stone masonry staircase, which is an element with a marked and strong presence in the patio.

The structural order arises as the setting scene of different happenings and suggests a direct relation between both bearing and spatial structures, a set of long textiles work as a binding element, which covers and creates the shaded area, creating new spatial tensions. The draping descends gradually, creating a vertical perspective effect and a mirrored relation with the existing staircase, which enhances and emphasizes the tower’s monumentality. These shadows generating elements, create informal and organic spaces, that contrast and counterbalance with the structures stiffness.

The golden vertical element, which emerges from the pavement level and solves the coping on the top of the tower, is the result of an intimate collaboration with the sculptor Carlos Nogueira, it accentuates the symbolic presence of the unity, as an ensemble of structures. 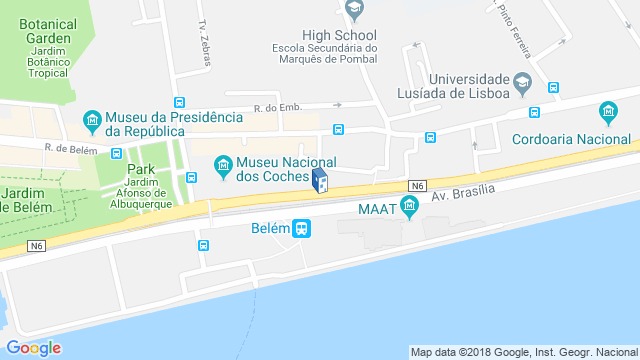 Location to be used only as a reference. It could indicate city/country but not exact address.
Share
Or
Copy
About this office
Atelier JQTS
Office
•••