Filippo Brunelleschi designed the dome of Santa Maria del Fiore in the early 15th century. Standing out in the skyline of Florence, the structure was inspired by an inverted catenary shape. Spanning 150 feet and almost 300 feet in height, the dome was likely created with a series of stone chains and two shells. As Ars Technica reports, Elena Guardincerri, a physicist at Los Alamos National Laboratory, thinks she may be able to help solve part of the dome's mystery. Using subatomic particles through a process known as muon imaging, Guardincerri aims to uncover whether any reinforcement was added to the chains.

Similar to X-ray imaging, Muon imaging typically involves gas-filled chambers. As muons collide with gas particles, scientists record particle energy and trajectory. Used on a range of structures, including  to search for hidden chambers in the Great Pyramid of Giza, the technique would allow scientists to see if Brunelleschi used iron bars to fortify his dome. Elena Guardincerri plans to use two smaller, portable detectors to study the dome. The detectors will be mounted in the dome itself to collect data for a few months. Once complete, Guardincerri's work may finally reveal the secrets of Brunelleschi's dome. 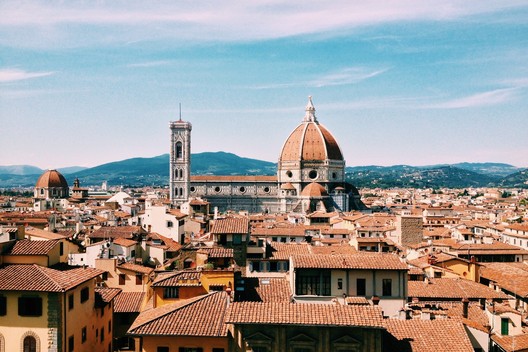