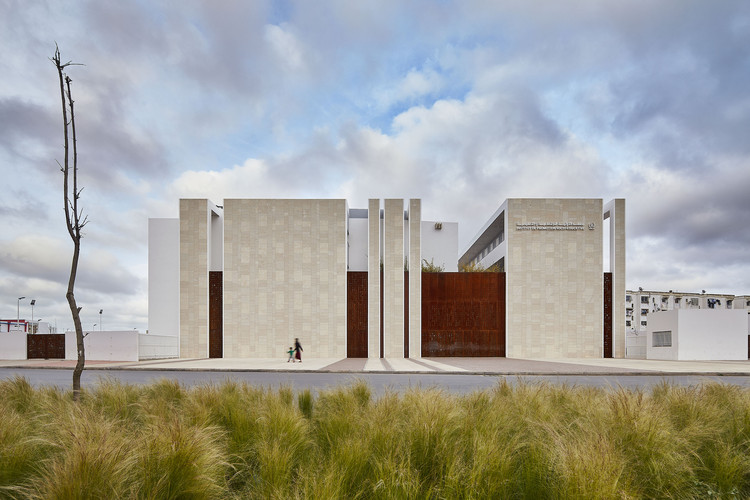 “Wall of knowledge” is a construction project of a middle school in the city of El Jadida (100 km south of Casablanca). The school was built for the OCP employees' children.

The irregular shape of the site and its orientation to the sun suggested a spatial distribution of the project in three main areas. The central area is a building reserved for teaching. It occupies the middle of the plot. This strategic position allows it to serve as a landmark for the neighborhood. The northern area includes all sport facilities. The southern area is kept vacant for future school extension.

The compactness of the project makes it possible to shorten the maximum walking distances. The building is set back. It unfolds its facade's covering on the ground to create a public plaza, serving as a socializing space as well as a security perimeter  avoiding the pupils to find themselves directly on the roadway when they come out of school.

The hermetic and protective character of the facade is meant to be monumental : being covered with local stones, it is a tribute to the architecture of the portuguese old city of El Jadida. It also gives to the main entrance a presence which symbolizes the strength of knowledge and know-how.

The metallic "Moucharabieh" skin adorned with  "universal alphabet" as a symbol of tolerance protects the interior from the sun and prying eyes.

The central lobby allows quick access to all major locations of the main building through the passageways and footbridges that  form an architectural promenade around the central courtyard like patios of “Medersas” (Moroccan Traditional Schools).

Inspired by the alleys of the "medina", two covered walkways enable the continuity of a large mineral carpet connecting the multipurpose sport  hall to the existing soccer field, thereby ensuring fluid traffic.

The interior walls serve as a learning support through quotes and graphics which invite students and teaching staff  to open-mindness and self-transcendence. 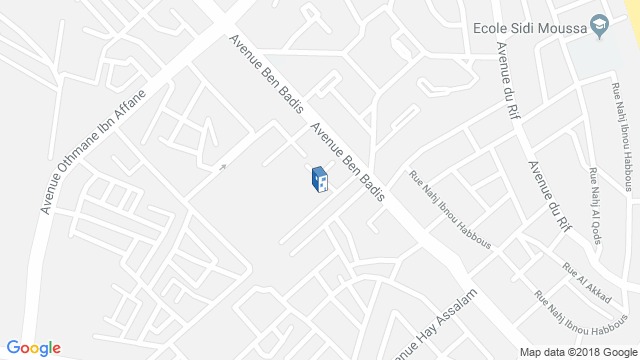 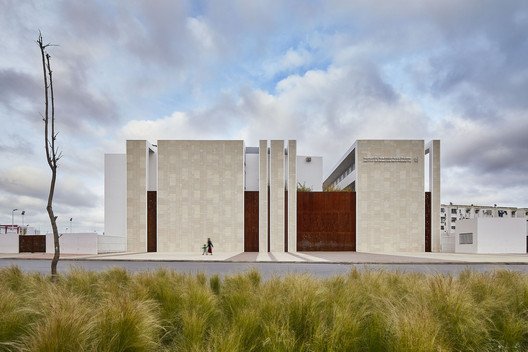