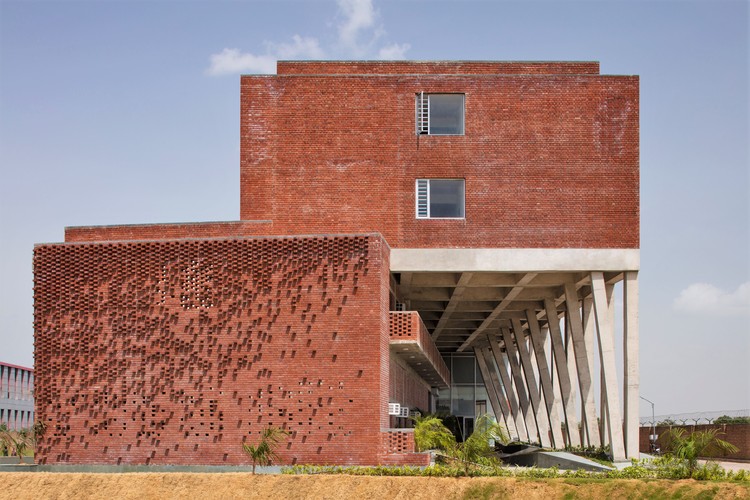 Text description provided by the architects. The boys’ hostel was proposed as a linear built mass in the existing master plan of the campus, which posed challenges to create socially active and environmentally sustainable spaces.

It houses 360 students with recreational courts and mess facilities. The dorms are provided with triple height terrace which takes away from the feeling of a conventional dorm. It gives them an opportunity to come out and savour the outdoors. Terraces & activities are layered at multiple levels to boost intercommunication amongst the students. The contorting central atrium allows natural light to penetrate deeper in the building and also acts as a solar chimney that takes away the stale and hot air within the building through stack effect. The building is also cost effective, built at a rate of Rs. 1400/sq.ft without compromising on construction quality.

The key factor in the design process was to enhance student interaction, within the indoor spaces that percolates outward and interacts with the landscape around it. The linear block was twisted to create, a shaded entrance (summer court) and an open terrace (winter court) on south and north facades respectively, to encourage activities at all times diurnally and seasonally. The ramp acts as a transition space between the harsh outdoor and cooler indoors thus protecting students from getting thermal shock. It also consists of a cafeteria which acts as a student magnet that encourages and promotes social activity. The shaded ramp coupled with the cafeteria and a stationary shop creates a comfortable space which is enough to sustain long conversations amongst the students. The terrace upstairs enables one to enjoy the weather during summer evening and winter afternoons. The terrace overlooks the playing field and establishes a visual dialogue with the overall context of the campus greens and other buildings.

Design Strategy
Climate sensitivity has been an important parameter in our process, which followed, analysis of solar radiation and air movement to develop a second skin on the façade that allows for thermal insulation and light permeability at all time. A brick jali, circumscribing the building adds a unique character and texture to its façade. The rotation angles of each brick were stimulated using software (Ecotect, Grasshopper) to minimize solar radiations and direct heat gain on the façade. The brick skin also accommodates balconies(4’ wide) which acts as a buffer zone between indoor and outdoor spaces designed to remain at mean temperatures between the inside and outside throughout the year. The jali also created a unique character of light and shadow that renders a separate and a truly different imagery for each of the rooms used by the students. All local materials used for this project and were procured within the radius of 500 km from the site.

Construction Methodology
21 feet high, 1” thick steel bars were fixed on the R.C.C beams using Hilti chemicals. Bricks were specially manufactured with single holes so that they can be stacked one on top of each other by inserting a single piece steel bar through the single whole. Based on the grasshopper script the brick were individually rotated on a specific angle to reduce solar radiation, provide adequate daylight and ventilation to the living units behind the skin. No cement mortar was used to construct the jail spanning 21 feet in height and 250 feet in length.

Facade Design Strategy
Using Rhino, Grasshopper and Ladybug a parametric script was written to analyse level of direct and diffused radiation on the primary façade. The radiation value of each grid cell on the primary façade then became the input for the rotation angles of the brick in front of it. By doing this, direct and diffused radiations were reduced by 70% on the principle façade. Hence, reducing heat gain on the principle habitable spaces behind the jali wall. Day lighting levels in the living units were also constantly checked to ensure that the jali does not reduce it beyond 250 lux. 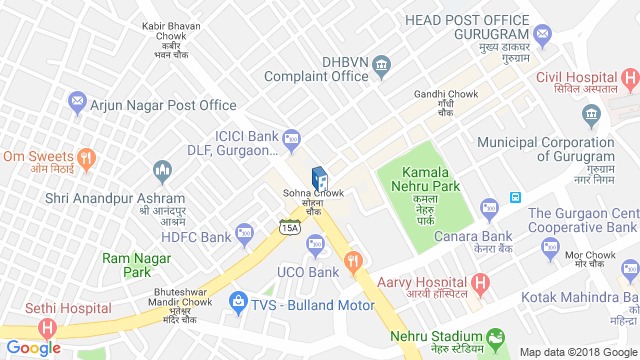 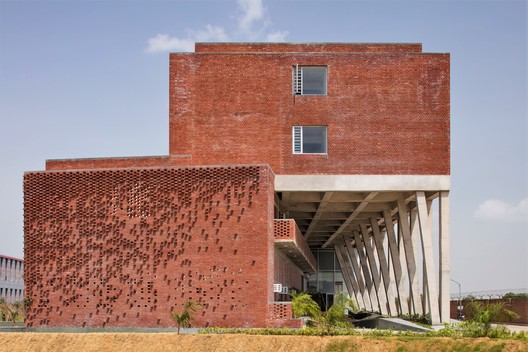