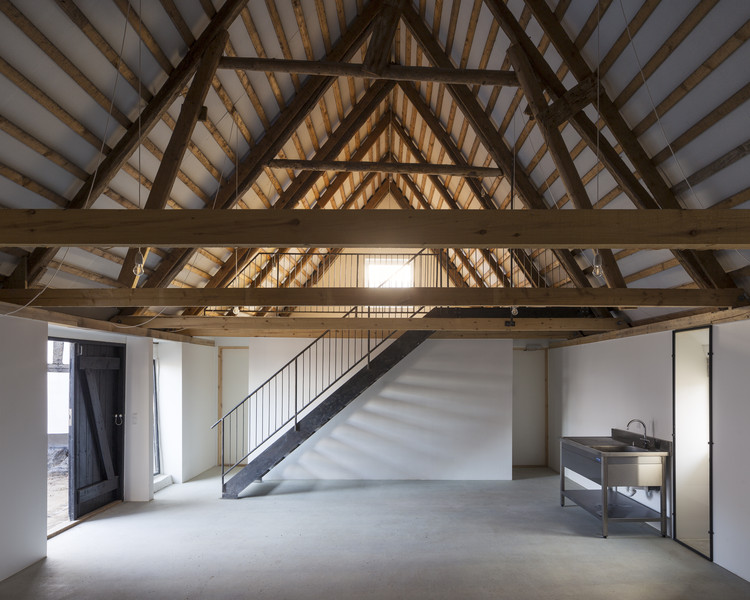 Text description provided by the architects. Student Village is a small urban community built in and around a 17th century timber farm, just outside of central Aarhus, Denmark. The project consists of 56 single and double room apartments for students, as well as common rooms and shared facilities. The new buildings follow and mimic the old farms' layout, creating a series of intimate spaces and streets around it. A small village surrounded by the city.

Student Village which now houses appox. 60 university students symbolize a transformation of both residents, architecture and context. The place, as well as the house, has undergone a gradual transformation from the time when the timbered farmhouse “Søgaard" served as a house for a family and their cattle, to a modern age where the "neighboring” city, Aarhus, has expanded and left Søgaard as a small oasis of rural idyl nestled between the city's highways and shopping malls.

Structurally Student Village consists of Søgaards original four-fold structure, 7 new surrounding buildings, and outdoor areas. The new buildings and the old farm create a small settlement, inspired by traditional Danish roadside villages, with a series of intimate streets and public spaces where the old farm and the new buildings meet, such as enclosed courtyards with paving stones and streets leading towards the forest.

Each apartment has an open facade facing the surrounding landscape and a more closed facade facing the Village streets. This ensures that each home has direct access to nature, while each resident can easily participate in the community that unfolds outside in the area's streets or in the large common room in the old barn. The biggest outdoor space in Student Village is the old courtyard, which is in direct connection with the large barn. The barn, together with the large courtyard, serves as a Communal space for the residents and as a center of the village.

Like the rest of the Danish timbered farms, Søgaard is characterized by the robustness of its construction and materials. The restoration process was guided by the inherent architectural values of the farm, meaning that all technical challenges have been solved by a rational approach similar to the one used when Søgaard was originally built.

The farmhouse has been insulated and given a new roof, the timber has been restored and new foundations have been established. Great emphasis has been put on honest restoration, where new materials appear on equal terms with the farm's original design and materials. For instance, the new roof in alu-zinc panels creates a bridge between the old farm and the new buildings as the attic in the old barn does with its visible pinewood structure and new plasterboards. In the same line of thought, the new insulation of the old farm is seen as an inner lining that provides room for the original windows of the farm and highlights the timber structure from within.

The new buildings are built on the same principles as the renovation, and materials were carefully picked in the same way. The houses are constructed as modern module houses, which is expressed several places both in the façade and the interior. In the old farm and the new addition ceilings and lofts are covered in plywood of pine, floors are cast in concrete and stairs, handrails and fittings is made out of black steel.

Student Village blends old and new, rural and urban, as well as the progressive and nostalgic in order to highlight the areas diversity and adapt Søgaard to a new context in a modern age. 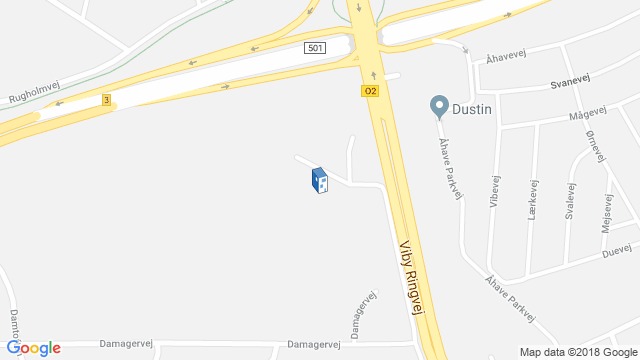