The Sandy Hook Permanent Memorial Commission announced the final design has been unanimously selected for the memorial in Newtown, Connecticut. The Clearing by Ben Waldo and Daniel Affleck of SWA Group was officially recommended by the commission, and the Board of Selectmen will make final approvals this month. Chosen out of three concepts unveiled in May, the winning memorial honors the 26 victims and survivors of the 2012 shooting at Sandy Hook Elementary School. 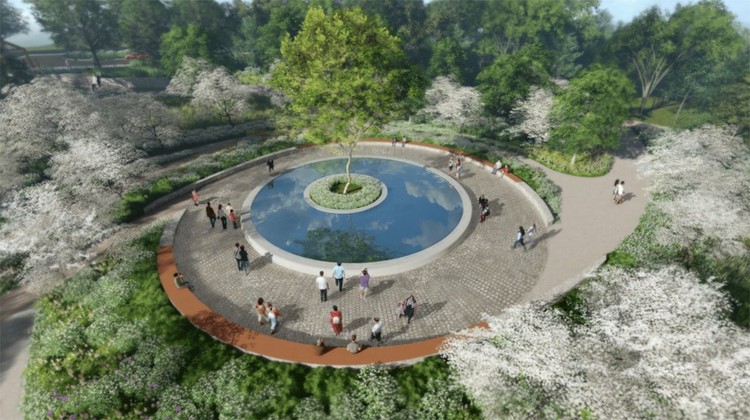 More than five years have passed since the mass shooting in Newtown, and the memorial design hopes to bring a sense of healing to Sandy Hook. Sited on a 5-acre site near the elementary school, the land for the memorial was signed over by a trust to the Sandy Hook Permanent Memorial Commission in 2017. Dan Krauss, the commission’s chair, said the design was “universally loved” by parents who lost children in the Dec. 14, 2012, attack.

Chosen from 189 international submissions, The Clearing forefronts a landscape mixed with trails, lakes, and winding paths around a man-made reflecting pool and young sycamore tree. Victim's names are carved into the reflecting pool's stone edge, while the walkways and trails are imagined as paths with no end. As SWA describes, "walking clears the mind and promotes reflection and aids in the healing process." Ringed with trees, from evergreens to dogwoods and maples, the proposal aims to represent resilience during colder months. This includes flora that will provide year-round color. The tree at the memorial's center will be planted with what officials call "sacred soil" - a cubic yard of the incinerated remains of flowers, letters, cards and other mementos brought to the town following the shooting.

The project is expected to cost about $250,000 and will be paid for using money donated to the town after the massacre. The memorial will have an entrance on Riverside Drive and a rear gate leading to Treadwell Memorial Park. The design team includes SWA's Waldo and Affleck, as well as Justin Winters of SWA/Balsley and Jim Garland, AIA, of Fluidity. The commission hopes to dedicate the memorial by Dec. 14, 2019, the seven-year anniversary of the massacre. 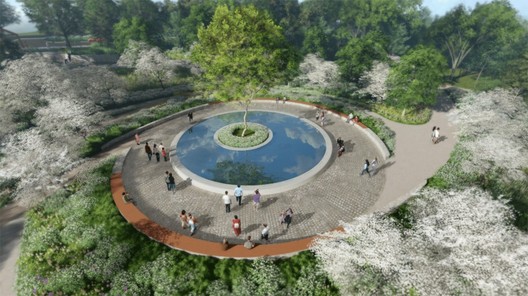