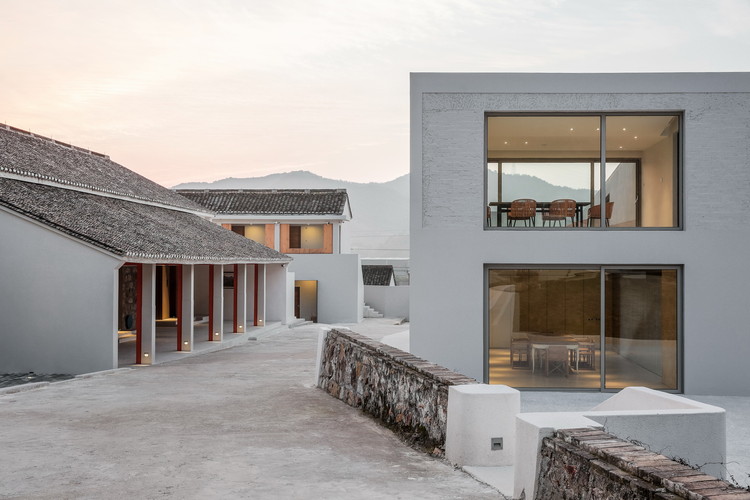 Text description provided by the architects. Miya/LostVilla Hotel is located in Ninghai County HuChen township. Ninghai is a coastal county in the city of Ningbo, East China’s Zhejiang province. Lying between Tiantai Mountain and Siming Mountain, it boasts a beautiful mountainous territory. This hotel is converted from an old Granary station built in 1956. The site consists of six renovated old buildings and one new addition which functions as reception and meeting facility.

The renovation process is taking on a sensitive approach to the surrounding beautiful scenery and the old Granary station buildings on site. To convert from a storage space to a place where human comfort is in demand becomes quite a challenge to us. Our design approach is to engage a dialogue between the old and new buildings on site as well as a dialogue between architecture, mountain scenery and people.

Five of the seven existing buildings were built of stone masonry. All windows were very small in size and located 2.5 meters above ground. The lower part of the building facade is made of rock stone and the upper part is made of brick. They are linked by a continuous cement ring beam. All small windows are located at the upper part of the façade. Based on the new guest room plan, we carefully selected windows to be enlarged in width as well as in height. This is to minimize the opening cuts in the stone masonry exterior façade but meanwhile to allow more natural light penetrates into the interior space. The original façades made of natural stone were being covered with thick layers of white paint. After carefully removed the paint, the beautiful stone masonry façade reveal to its original condition.

The existing building structure is being kept. Two of the seven buildings have beautiful timber wood structure. We removed the false ceiling to allow wood structure to be exposed. Steel I-Beams are added either to reinforce the existing structure or to act as a channel for hiding all the utility pipes and conduits.

New interior demarcation walls are added to create twenty one guest suites. New bathroom facilities are also added to each guest suite. These new space are created as “boxes nesting inside a room”. The height for each box is controlled between 2.5 meter and 2.8 meter in order to bring the scale of the interior space closer to the perception of human body.

New decks and sun rooms were added to the smallest building on site. The oblique lines of the edge of the deck creates varies view points for hotel guests to appreciate the breathtaking mountain view.

The seventh building which was built in the 70s is being demolished and a new building is designed to build within the peripheral of the original building envelope. This new building is located in between two old stone masonry buildings. Our design approach is make the architecture building form as abstract as possible. The south façade of the building is directly facing the hotel main entry. We would like the hotel guests to view the mountain scenery in the distance upon entering. After studied the site condition carefully, we determined the southern façade height being at 4.85m and the north side at 7.1m. The east facade of the new building folds in an angle to echo the existing site condition. By bending and setting back, it created a space for people to lingering around. A secondary passage way is added between the west façade of the new building and the existing building. A stair by the west facade leads to the tea room and viewing deck on second floor. Large glass panels are being used on north and sound façade of the tea room. It maximizes the view of the mountain scenery around.

The architecture form of the new building is modern and abstract. The contemporary architecture language is yet to be respectful to the existing buildings around as well as to nature. Architecture, people and nature are in harmony. 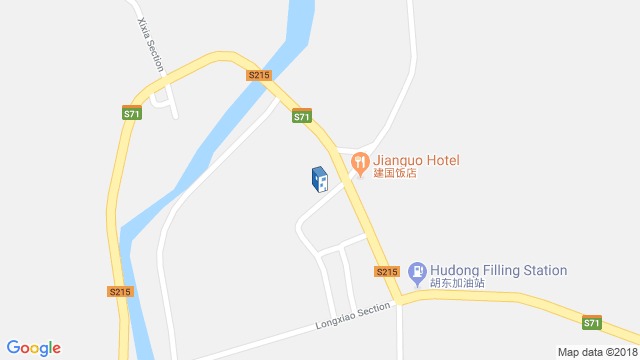 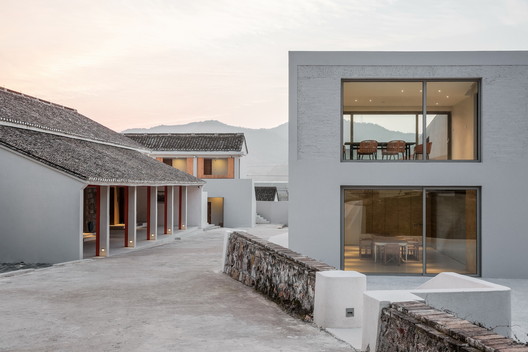