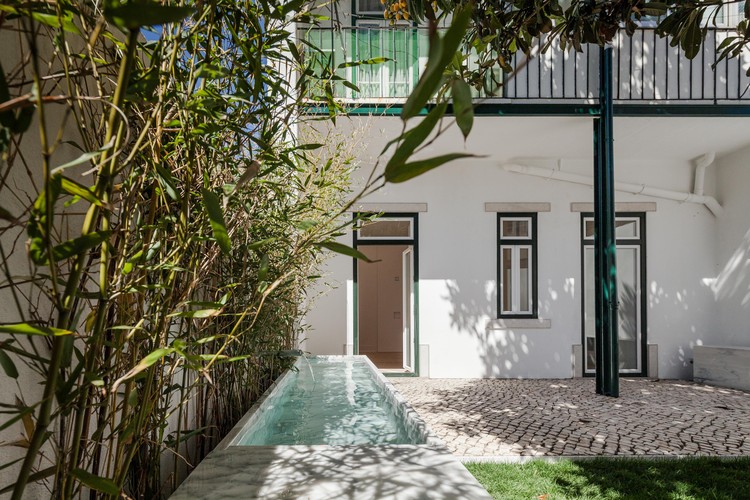 Text description provided by the architects. The apartment was visibly disfigured and degraded. The parlors looked over the road; the kitchen and the bedroom stood above an enclosed balcony, which led to an abandoned courtyard where the loquat endured. The project contemplates the conversion of the parlors into bedrooms making way for the living room.

At the heart of the apartment, the wooden corridor emerged between the stone-coated damp zones. The sliding panel, standing between it and the common areas, has two openings, which allows illumination of the corridor and brings the loquat into context.

The abandoned courtyard, in turn, gains a leading role as an indispensable complement to the living area and the kitchen. Then arises a bench, turned westward, and a tank with running water; lengthy marble elements which strive to invigorate the outside and emblazon the kitchen and the living room, as well as the loquat.

The project consists in restoring the nobility of original aspects and, at once, integrating storage spaces and new coatings which are capable to respond to the current demands. The intervention strives to set a moment of continuity and rejuvenation in the history of the apartment. 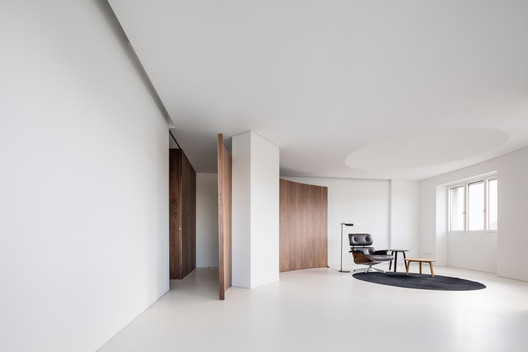