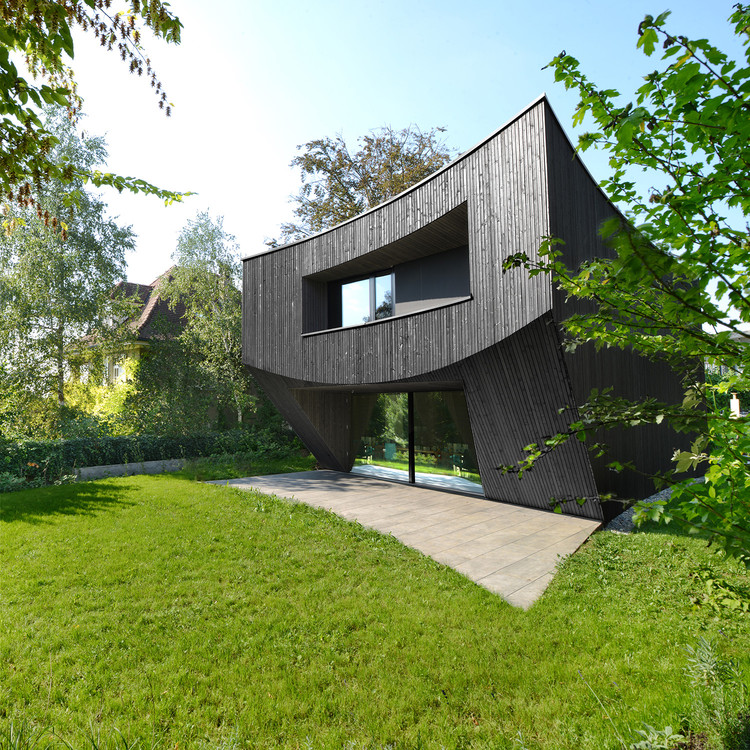 Text description provided by the architects. Close to Basel, in an environment of family detached houses, we propose to realise one house of 6.5 Rooms with two main conditions: short execution time, and a tight budget. The object is inserted inside a plot already occupied, belonging to the parents of our client.

The reduced dimensi- ons of the place, with North-South orientation on the long side, and the desire to share part of the garden, made it necessary to understand how is working the main house. This large semicircular house, was made in the 80s by the architect Max Schnetz. The spatial rotundity and the proximity to the future building, established a formal language to design the new object. We look for a curved form within the most known economic variable, which is, by de nition, „the Swiss box“.

The end is a result of two ideas: the curve and the „Swiss box“. Minimal deformations of the outside walls, accentuate the corners, giving an unexpected expressiveness that characterizes and identi es the object. The house, which was built in wood onto a concrete basement, forms a link with the traditional Swiss construction, emphasizing this duality between formal modernity and constructive tradition. 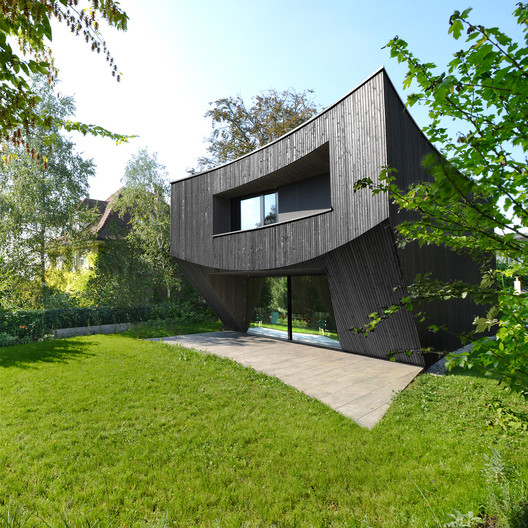