Save
Cut Out House / Fougeron Architecture 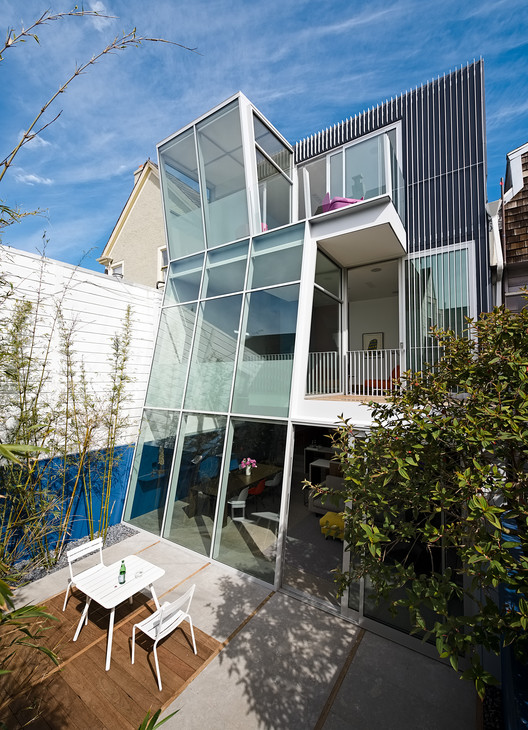 Text description provided by the architects. The Cut Out House is a 2500 square foot, three bedroom complete remodel of a Victorian built over a century ago and previously untouched since the 1920s.

In order to create a modern home, the existing interior structure had to be completely reorganized. We reversed the original flow, turning the back of the site into the main living area. Each floor is placed between three slots so that the home connects vertically rather than horizontally. Traditional Victorian homes often are poorly lit and are disconnected from floor to floor but by suspending floors, there is brightness and fluidity throughout the Cut Out House. In this exceptionally narrow lot (65 feet x 25 feet), solar orientation and natural light diffusion were paramount for making sure the home felt warm and open.

In order to maximize the small footprint of the house, the ground floor was excavated at the rear extension. The back façade, which is tilted at 9 degrees, is built of a custom field-glazed steel frame with insulated glass. The angle over two stories–a canted facade–maximizes space and square footage in the house.

By reconceptualizing the entire space itself and reversing the program orientation of the home, a traditional house is reinvented. 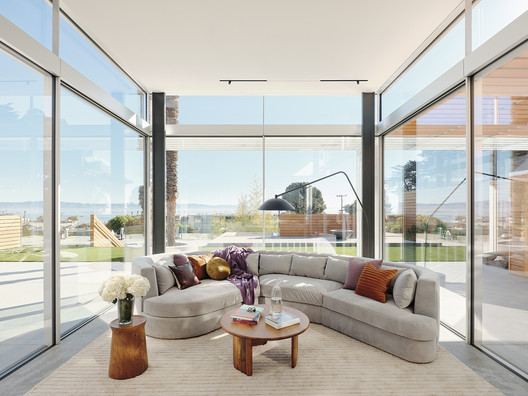