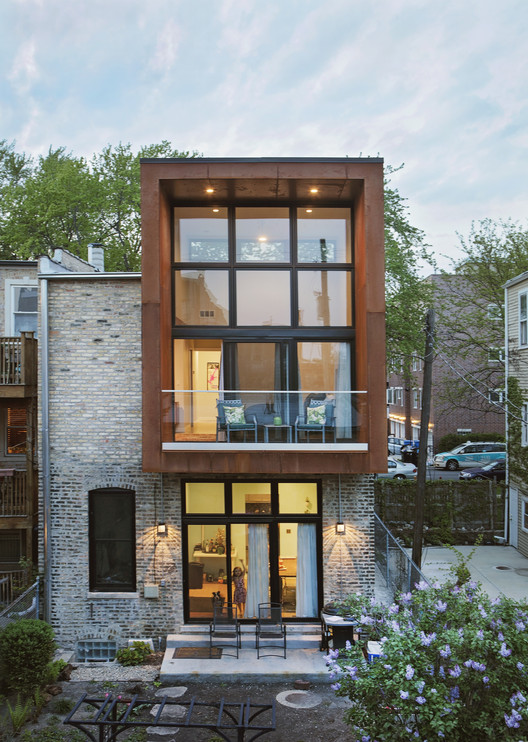 Text description provided by the architects. The existing two-story masonry building was an outlier on the street of mostly single and multi-family buildings. Clearly a former shopkeeper building with a retail space on the ground floor and a residential apartment situated above; this is just the building type we enjoy working with – an odd building that needed a second life. During our research, we discovered that the ground floor was most likely a butcher shop complete with a Bromann Brothers cooler which had been preserved. The cooler is a free element that acts as a divider for our clients shop space, separating the work area from the rest of the living space. The main program centered around adding a master suite to the second floor of the existing floor plan consisting of two bedrooms and one bathroom. The solution was to form a cantilevered, modern Corten (aka weathering steel) addition at the rear of the structure with a double height bedroom, bathroom and a private deck.

BUILDING MASSING FOR SHADE AND RAINWATER
The form of the addition was driven by the orientation of the building on the site. The existing rear porch and stair was removed and then we formed the addition to shade the windows and collect rainwater. We wanted to add a balcony off of the master suite, so we created a recess in the modern Corten addition cube to provide shade during the summer months and allowing the sun in to passively heat the space during winter. The clerestory windows located on the north side of the building provides even light throughout the year. The roof of the cube pitches back to the north to facilitate water collection on the main roof, where it drains into a collection area for use in the garden.

MODERN CORTEN ADDITION SIDING
A favorite siding material at moss, Corten cladding was applied to the addition as a rain screen. Meaning the water and vapor barrier (we used VaproShield for this project) is applied directly to the exterior wall board. Furring strips were attached to the exterior face so the Corten could be attached to the strips. This system allows for the water that seeps behind the Corten siding to have a drainage plane to get out from behind the wall, instead of inside the building. Aside from the beautiful aesthetics of Corten, the material naturally forms a protective layer of rust that blends nicely over time with the Chicago Common brick on the rest of the building, highlighting the natural warm hues.

THE CORNER STORE
There was a time in Chicago, and most cities, when a corner general/grocery store like an A&P could be found on just about every corner. Back in the day, the project building served the neighborhood as a general store and social gathering spot. According to an eyewitness in the neighborhood, they claimed to have frequented the store to buy meat and other sundries. The antique, mirror covered cooler wall (pictured below) is still in place on the ground floor level of the building. It was protected over the years and still exists today in it’s original form and adds to the character of the space. 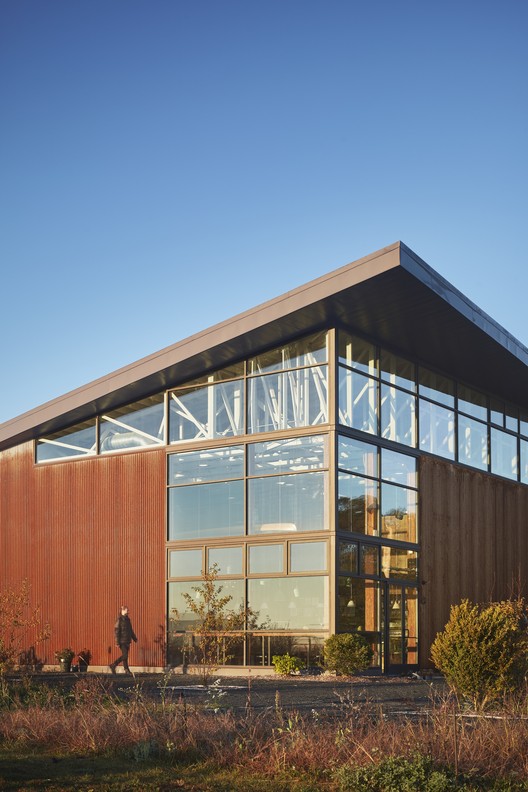