The groundbreaking ceremony has occurred for MAD Architects’ China Entrepreneur Forum Conference Centre, settled in the mountains of Yabuli in Northeastern China. A snow-capped mountainous landscape known for its rugged terrain and freezing temperatures, Yabuli is home to the annual summit of the China Entrepreneur Forum (CEF) considered to be the “Davos of Asia.”

MAD’s scheme, also referred to as the “Yabuli Conference Centre” seeks to embody and showcase the “ambitions, ideologies, and forward critical thinking of CEF members” through a tent-like structure defined by soft, sloping lines. 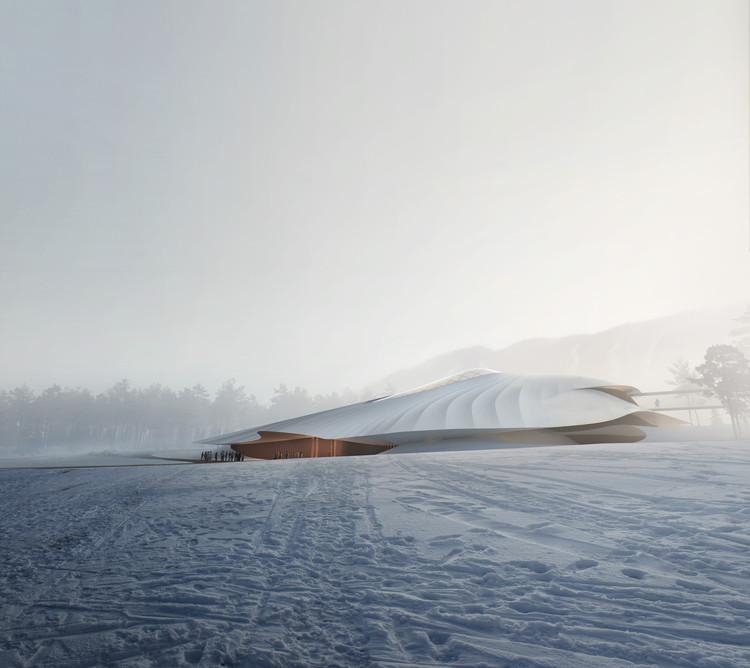 While humble in its presence settling quietly into the landscape, the scheme embodies the dynamic atmosphere of northern China, mirroring its mountainous surroundings. Organized over four floors, the 170,000-square-foot (16,000-square-meter) design contains a museum, small 356-seat auditorium, larger 1000-seat auditorium, and a series of conference halls, studios, and exhibition areas.

The scheme’s focal point is its skylight, positioned on the roof’s 80-foot-high (24-meter-high) peak to allow natural light to flood the interior. The showcase skylight also serves as a metaphor for the scheme’s entrepreneurial function, symbolizing the “bright ideas and brilliant discussions generated during the events held within.”

Throughout the scheme, windows have been positioned to create uninterrupted panoramas of the surrounding landscape, while public plazas at the front and rear open the building up towards its natural backdrop.

Having broken ground in the spring of 2018 the scheme is scheduled for completion in 2020.

News of the scheme’s groundbreaking comes weeks after the topping out of MAD’s first US project, an 18-unit “Gardenhouse” in Beverly Hills. 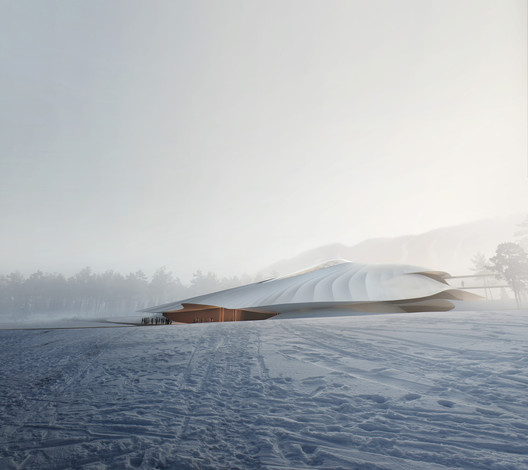